Why Python Is My Favourite For Test Automation? 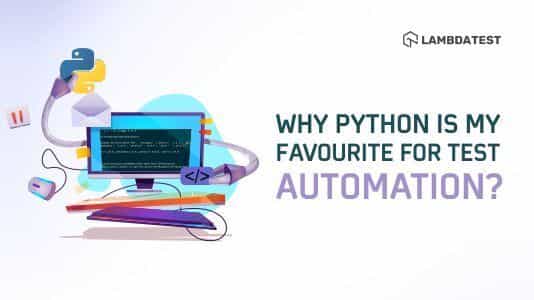 When it comes to automating the test cases, one of the most difficult choices one has to make is to select the programming language that has good support for test automation. Python, Java, C#, Ruby, etc. are some of the prominent languages that can be used with a Selenium test automation framework. However, Python test automation is widely used by QAs all over, especially with Selenium WebDriver.

In this article, I will be sharing the top 12 reasons why Python Automation Testing with Selenium WebDriver is my go-to combination.

As Python is a scripting language, the automation engineer need not worry about running a compiler for converting code into an executable. The Zen of Python, which is an ideal guide for automation testing using Python, mentions that an implementation that is easy to explain is always a good idea! What this essentially means is that the tests implemented as a part of the test case (or test suite) should be readable, descriptive, and easy to explain.

APIs that realize Python test automation is used for connecting to the web browser through the Selenium automation framework. Automation tests can be written with utmost ease using Selenium WebDriver in an intended manner. Here is the screenshot of the guiding principles for Python’s design (Run import this in Python command-line to get PEP 20 — The Zen of Python): 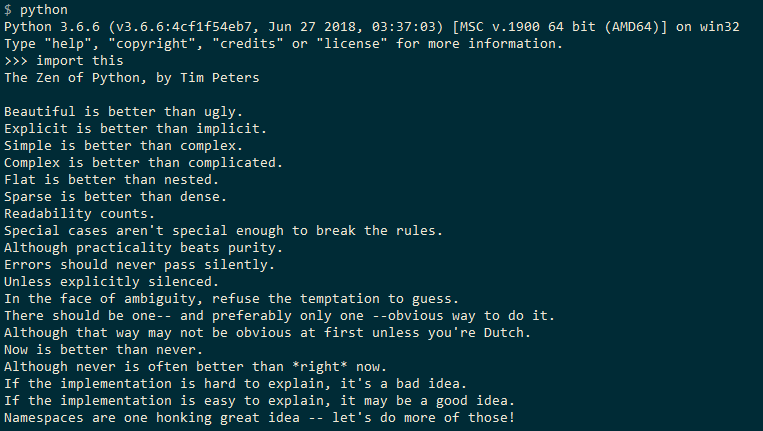 Though PyUnit (unittest) is the default test framework in Python, developers and automation testers widely prefer PyTest since it is more feature-rich than PyUnit. Tests can consist of simple functions, or they can also take input parameters to support parameterized testing.

Parallel testing in Selenium is used extensively for performing automation testing across different combinations of browsers and platforms (i.e., operating systems) in an accelerated manner. All programming languages support parallel testing (or parallel execution) with the Selenium test framework, but it is darn easy to use in Python.

When using the PyTest framework, the pytest-xdist plugin helps in running tests in parallel. It is a preferred option when tests are not thread-safe and need state isolation. Installing the plugin can be done by running the pip install < plugin-name > on the terminal. pytest-parallel is a plugin that should be used for running Selenium tests in parallel that is thread-safe and has no state management in the Python environment.

Hence, pytest-xdist does parallelism whereas pytest-parallel does concurrency & parallelism. There are options to provide maximum workers (or processes) to start and maximum concurrent tests per worker (i.e. tests-per-worker).

Enabling parallel execution with PyTest does not require any change in the existing implementation as the relevant options for parallel testing are provided on the terminal when running the Python code.

The same principle for parallel testing also applies to other Python test frameworks like Nose2, Behave, Lettuce, and more. On the other hand, enabling parallel testing with Selenium Java or Selenium C# or other combinations require code changes and involve more steps than Python.

PIP is the standard package management system in Python. Installing a new package using pip does not require downloading of the package. The pip install command looks for the required package in PyPI, looks for its dependencies, and installs the necessary packages for ensuring that the install request is served without any hassles.

The needs of aspect-oriented programming are realized by the inclusion of meta-programming which gives programs the ability to consider other programs as their data. The readability and implementation of test functions using Python are better since the framework does not put compulsion of adding test functions into classes.

Unlike other programming languages, Python lets the test automation engineer decide whether classes or functions should be used for Selenium test automation.

For Python test automation, my preferred IDE is PyCharm (Community Edition) since it can be used with ease irrespective of the framework that enables Selenium test automation. I would recommend upgrading to PyCharm (Professional Edition) only if you are using BDD frameworks in Python.

There is an option of using GVim, Notepad++, and Visual Studio Code for quick editing, especially if the Python test automation scenarios are not so complex. Visual Studio Code is my go-to IDE when it comes to editing code, as it provides several plugins that ease the editing task to a great extent!

The Python language uses dynamic typing and uses late binding (or dynamic name resolution) that binds the methods and variable names during the course of execution. This feature comes in super-handy for Python test automation.

Python also offers options like Pyre (a performant type checker for Python 3) and Mypy, which are popular static type checkers. With these checkers, Python lets you combine the power of dynamic and static typing.

Reporting is one of the principal factors for Selenium test automation, as reports provide greater visibility into the automation testing process. Powerful reports that give the right information in a concise and understandable form can be sent to necessary stakeholders (in the team) so that they are aware of the progress on the testing front.

Integrating reporting with Selenium test automation using PyTest can be done through the usage of the pytest-html package. The test reports generated using pytest-html provide visual content for easy comparison. Report generation for Selenium tests can be done without much effort in PyTest (the most popular framework for Python).

Command-Line To The Rescue

We earlier mentioned the range of IDEs that can be used to develop and execute automation testing using Python. Most test frameworks in Python are equipped with command-line runners, which help execute tests from the terminal (or command prompt).

If you are well-versed with Python, the combination of Python IDE (like Visual Studio Code) and the command-line runner can do the job for you! Just empower the IDE with the necessary plugins for the popular Python test frameworks (e.g., PyTest, Behave, etc.), and you are all set for an eventful journey with automation testing using Python!

Python has a comprehensive standard library. The language-constructs and object-oriented approach help programmers to come up with easy-to-read code that does the intended job.

It is easy to get started with automation testing using Python, as there is a low entry barrier as far as the programming language is concerned. It is suited for small-scale and complex projects, making Python the best scripting language for test automation.

Jenkins is one of the most popular, widely used open-source tools for Continuous Integration (CI) and Continuous Delivery (CD). Travis CI, Circle CI, TeamCity, Bamboo, Azure Pipeline, etc. are the other options that can be used in Jenkins’s place, but I prefer Jenkins, an ‘open-source tool’ above these options.

Freestyle project and Jenkins pipeline are the two options for orchestrating jobs for a project. Unlike other compiled languages, Python does not require a ‘build’ per se, but the strong Python ecosystem makes Python, Selenium, and Jenkins a killer combination.

The Python ecosystem comprises tools that can be easily integrated into Jenkins for reporting & testing and code metrics report creators like Pylint. Since reporting with PyTest can be triggered from the command line itself, there is no need to add ‘Post-Build Actions’ when using Jenkins Pipeline with PyTest.

It is easy to use Jenkins with PyTest as the shift from the local-execution environment to Jenkins involves minimal steps (i.e., project creation, adding command-line options for execution, etc.), making the switch super-simple! Jenkins does offer a direct option to create a Maven Project, but there is a learning curve involved if you want to use ‘Reporting,’ which is not the case with Python on Jenkins.

Let us know below your preferred programming language for Selenium testing and how you rate it against Python, the undisputed king for automation testing.