How To Run Selenium IDE Test Over Online Selenium Grid?

The Selenium IDE is a popular record and playback testing tool that is used for automated browser testing. It makes it easy to get started with automation testing as the IDE is a simple turn-key solution that is web-ready and works out of the box.

In the previous Selenium IDE tutorial, we covered what is Selenium IDE & talked about the features responsible behind the comeback of Selenium IDE in the QA world?. Today, I am going to give you a practical insight on how you could run Selenium IDE tests on an online Selenium Grid.

So before getting started with performing Selenium test automation, you’ll have to install few dependencies for SIDE runner to work with LambdaTest platform : 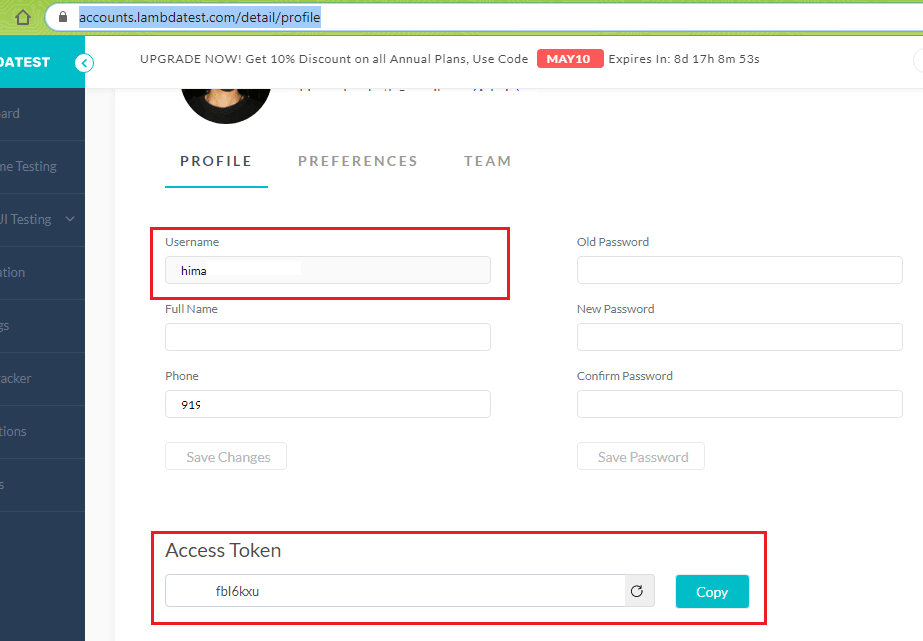 The Selenium IDE runner (or SIDE runner)

As we’ll perform automated browser testing on a cloud Selenium Grid i.e. LamdaTest, the throughput will depend on the maximum number of tests that can be executed in parallel on the platform. As shown below, my plan supports 5 parallel tests. In case you’re wondering why you’d need parallel tests, you can refer to this blog on parallel testing.

As automated browser testing is performed on a Selenium Grid, there is no necessity for installing the browser drivers on the local machine from where the tests would be triggered.

Exporting The Test From Selenium IDE

The test cases are recorded using the Selenium IDE plugin for Google Chrome. Once the project is saved, navigate to the Test Suites that is available in the left-side panel. 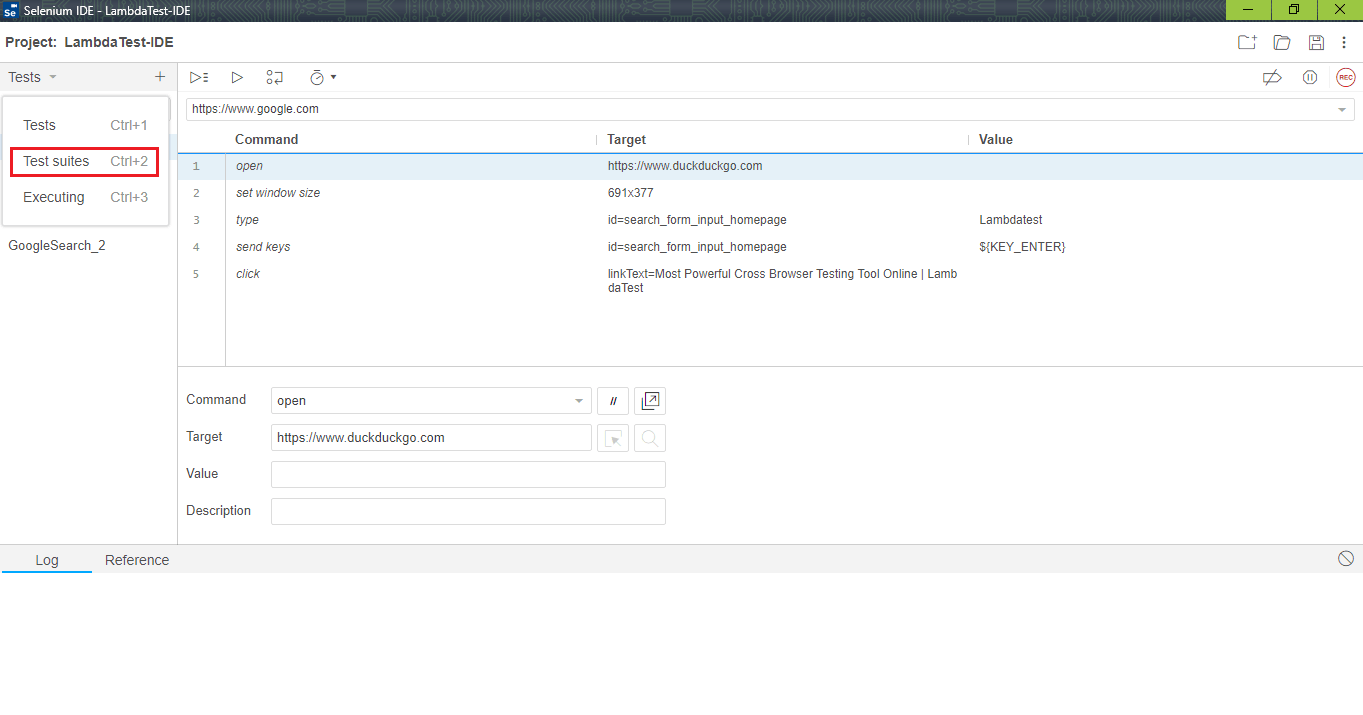 To enable parallel testing for this Selenium IDE tutorial, you need to right-click on the test suite and navigate to Settings. In the Settings window, enable Test in Parallel. It is important to note that parallel testing on the Cloud Selenium Grid only works when tests are executed using the SIDE Runner (and not the Selenium IDE GUI).

Now save the SIDE project so that it can be executed using the SIDE runner for this Selenium IDE tutorial.

For this Selenium IDE tutorial, we are executing the test on the Chrome browser (version 72.0) for Windows 10. The LambdaTest Selenium Desired Capabilities Generator is used to generate the capabilities. You can choose any language as the required cross-browser configuration has to be supplied on the SIDE Runner command. Here are the desired capabilities used in this Selenium IDE tutorial for the required test combination (in the Python Language):

For running the tests on the LambdaTest Cloud Selenium Grid, you have to specify the desired WebDriver capabilities along with the URL to the Grid

The user-name and access key are available in the Profile section of LambdaTest.

Specify The Number Of Parallel Processes

To exploit parallel testing for this Selenium IDE tutorial, the –w < n > (or –max-workers

Executing The Test On LambdaTest

Let us assume that the project being executed on LambdaTest in this Selenium IDE tutorial is LambdaTest-IDE.side and the test has to be executed on ‘Windows 10| Chrome 72.0’. The number of tests that would be executed in parallel is set to 4. The command that has to be triggered on the terminal is below:

The browser capabilities are passed in this Selenium IDe tutorial as a single string are shown below:

The test results for this Selenium IDE tutorial are available in the automation timeline where you can see the results for Selenium test automation you have performed on LambdaTest. As shown below, four tests are executing in parallel.

Instead of remembering all the command-line arguments that have to be passed for test execution, there is an option offered by the SIDE runner where the run-time parameters can be stored in a simple configuration file.

There are two options when it comes to configuration files in Selenium IDE:

By default, the SIDE runner looks for a configuration file named .side.yml. The desired capabilities and server details used in the earlier test can be moved to .side.yml. Here are the contents of .side.yml for the earlier example:

We place the .side.yml file in the same folder where the .side project is present. The following command is used for triggering the tests:

In case if you still want to ignore the contents of .side.yml and instead use command-line arguments, you can use –no-sideyml along with the command triggered from the terminal. Here is the execution snapshot using the .side.yml configuration file for this Selenium IDE tutorial:

There is an option to specify the run-time parameters in a custom YAML file (instead of .side.yml). The location and name of the custom configuration file has to be specified using –config-file option

When –config-file flag is used, the default .side.yml (even if present) will be ignored. Shown below is the directory structure used for our Selenium IDE tutorial:

The following command is triggered once we are inside the Code directory:

Here is the execution snapshot using the custom configuration file:

Also Read: Selenium IDE: What Is It? Why Is It Trending In The QA World?

Automated browser testing with Selenium IDE has become much more effective as the IDE can be used to execute automation tests on Selenium Grid. As the SIDE runner supports parallel test execution, it enables the parallelism feature of a cloud Selenium Grid platform like LambdaTest.

Default (.side.yml), as well as, custom configuration files make it easy to perform automated browser testing on Selenium Grid online as you no longer need to specify the configuration parameters (and the browser capabilities) along with the SIDE runner command.