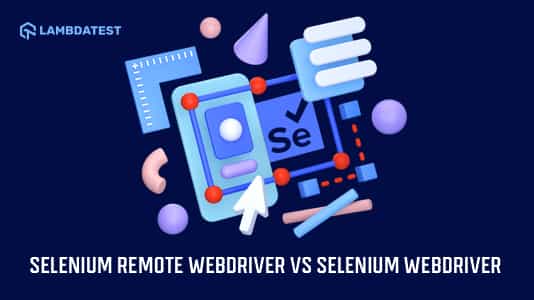 Selenium has gained immense popularity as the most preferred automation testing tool. It is being used widely for testing web applications as it supports a plethora of programming languages, operating systems, and browsers. Additionally, the implementation of Selenium test automation is relatively easy, allowing easy integration with other frameworks. 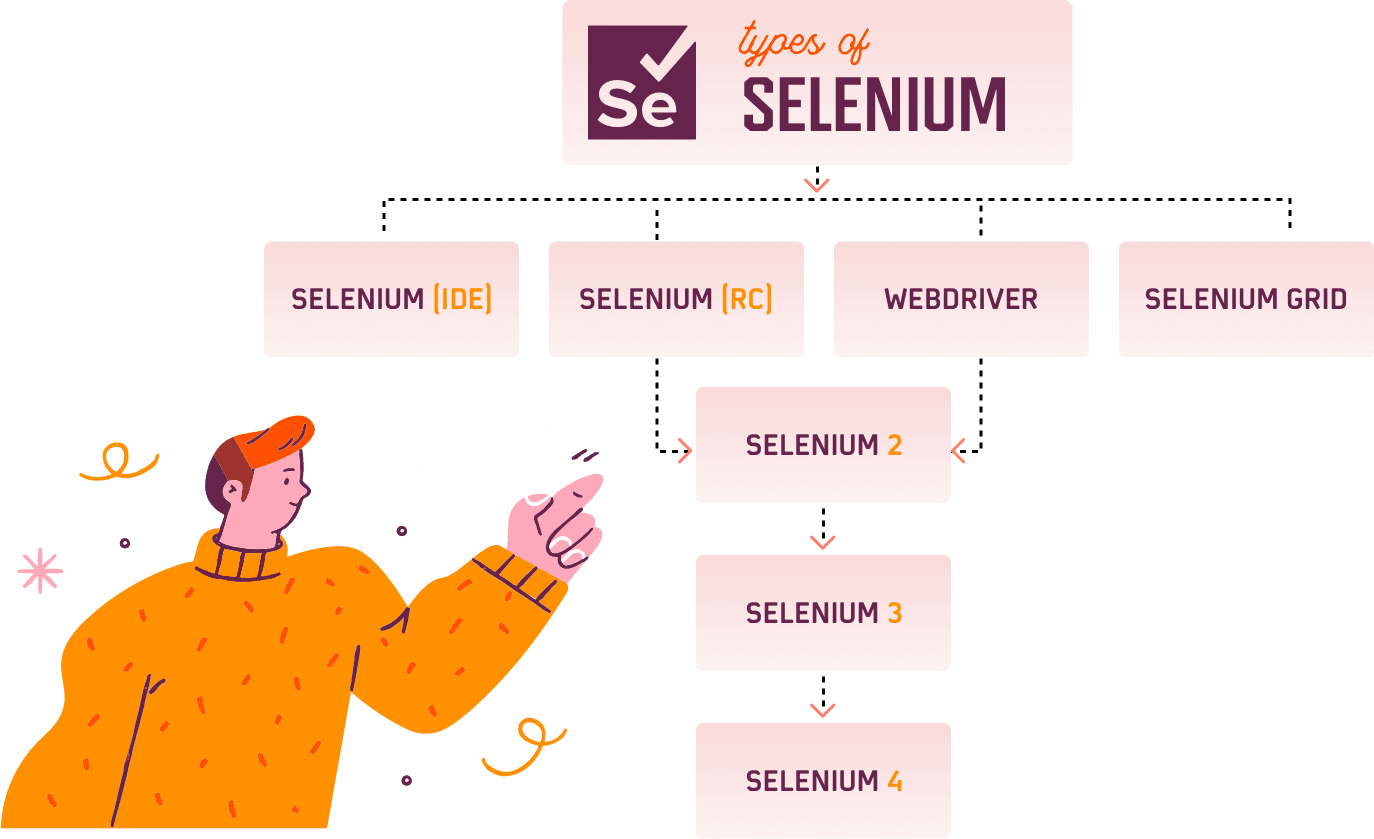 Here’s a detailed guide on what is Selenium for the uninitiated ones.

What Is Selenium WebDriver?

Selenium WebDriver lets you interact with browsers directly with the help of automation scripts. It supports various platforms, and the execution is faster than Selenium RC (which is now deprecated) or IDE. Selenium WebDriver provides multiple client libraries for programming languages like Java, Python, Ruby, C#, etc. to build your Selenium test automation scripts. The libraries can be downloaded from this path.

The communication between these clients and the server happens through a JSON wire protocol. For instance: when a command is given to open a browser with a specific URL, all the necessary information like the browser type, browser version, and the desired capabilities will be used to create a JSON payload. The client will send this payload containing all the required information through JSON wire protocol over the r HTTP client. The server would then identify the type of browser in which the command has to be executed and run the specified command on that particular browser.

Selenium RemoteWebDriver class can be implemented under this package-

These are the implemented interfaces for Selenium RemoteWebDriver-

These are the known subclasses for Selenium RemoteWebDriver-

A Selenium Grid cloud can execute browser tests in multiple machines with different operating systems and browsers. The advantage of using the Selenium grid is that it allows you to run these tests in parallel across numerous environments.

There are two primary components of the Selenium Grid, namely- 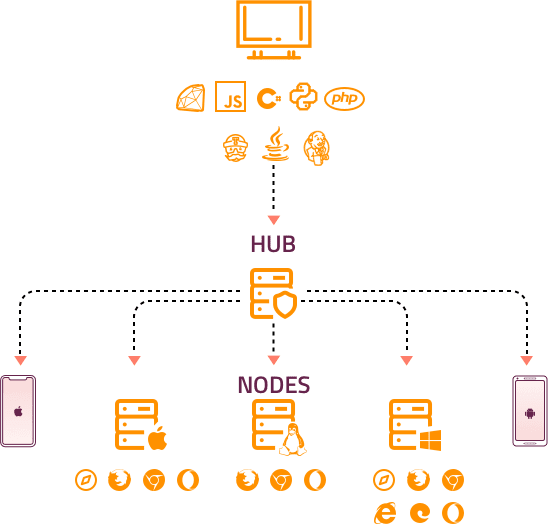 Step 2: Now, we have to define the Hub and the Node for executing our tests. To define a Hub, open command prompt (cmd.exe) and navigate to the folder where the Selenium standalone jar is placed. Type the following command-

By default, the server would be launched in the port 4444, which can be modified by -port followed by the port number.

Once the hub has been launched successfully, you should see the message as displayed in the image below.

Step 3: Once the hub is launched, we have to set up the Node in another system to run our tests. To configure the Node, open the command prompt, navigate to the Selenium standalone jar path, and type the following command-

Once the Node is launched, you should be able to see a message like the one in the image below. 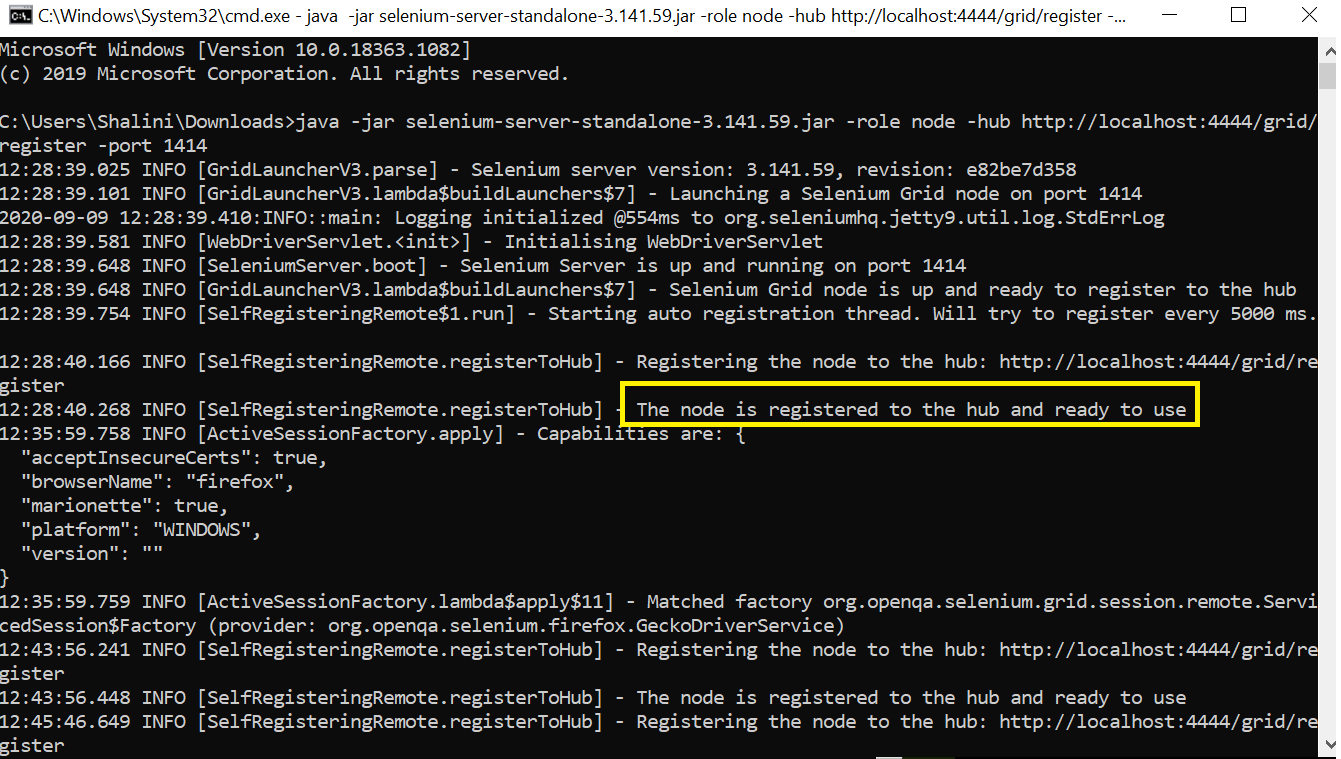 Step 4: To verify the successful configuration, open localhost:4444/grid/console in the browser, which shows details about the configured Node and Hub.

Several nodes can be configured like above, and the tests can be run.

Step 5: After configuring the Hub and the Node, we can run our tests through the automation script.

Shown below is a sample code to test the login functionality of a website. We have implemented Selenium Grid RemoteWebDriver instance in this code-

The above code will run in the remote machine that has been configured, and by configuring nodes with different browsers or operating systems, the test can be run in parallel. For maximum results, we recommended using a cloud-based Selenium Grid like LambdaTest. It allows you to perform cross browser testing on 2000+ browsers, operating systems, and devices.

Setting up the Selenium Grid by configuring the hub and the nodes would take time and need manual effort. Sound knowledge is required while setting up a grid as it requires a bit of extra effort. In case you want to set up the grid quickly without manual intervention, there is a quick turnaround.

You can use the LambdaTest Selenium Grid, which efficiently runs the tests in distributed environments without any configuration setups. You just need to login to your LambdaTest account and run your automation script. You can sign up for free right here.

Once you are signed in to your LambdaTest account, you will be provided with a unique Username and Access Token/Key. You can find these details in the Profile section. These credentials can be used in your automation script, and you can start running your first ever Selenium Grid RemoteWebDriver scripts.

Below is a simple code to execute login functionality in different browsers and operating systems through LambdaTest Grid. We have implemented Selenium Grid RemoteWebDriver instance on LambdaTest’s cloud in this code-

To quickly summarize the differences between Selenium Webdriver and Selenium RemoteWebDriver, let us look into the table below-

By now, you could have got sound knowledge in implementing a Selenium RemoteWebDriver in your machine as well as in the LambdaTest Selenium Grid cloud. We’d like to hear your feedback on this article in the comment box below. You can also share this article with your friends and colleagues and help them understand the implementation of Selenium RemoteWebdriver for faster Selenium test automation. 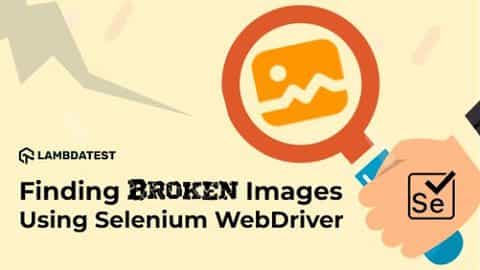 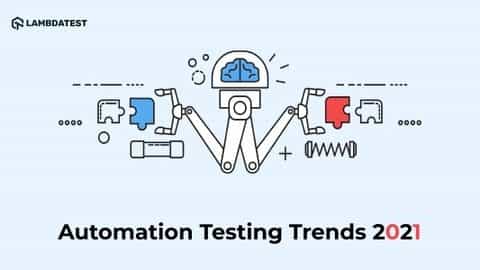 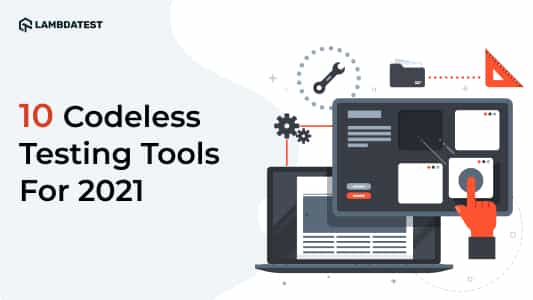 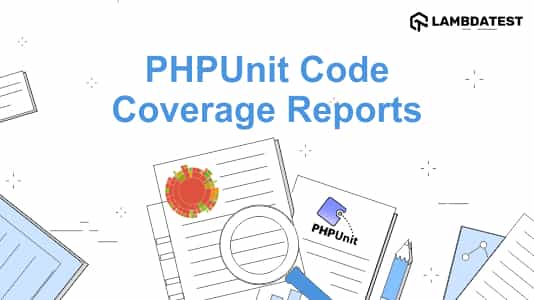