Preparing for an interview as a manual tester? Here is a bit of help. For some technical edge, it is obviously useful to have an idea about what most interviewers ask. I have prepared a short list of the most commonly asked manual testing interview questions, along with their answers. Let’s jump right in!

White box testing involves the use of a metric called statement coverage to ensure testing of every statement in the program at least once.
It is calculated as:

A bug life cycle has the following phases:

Agile testing involves an iterative and incremental testing process for adaptability and customer satisfaction by rapid delivery of the product. The product is broken down into incremental builds which are delivered iteratively.

In monkey testing, the tester enters random input to check if it leads to a system crash. Monkey testing involves Smart Monkey and Dumb Monkey.

While a Smart Monkey is used to find stress by carrying out load testing and stress testing, its development is expensive.

Dumb monkeys, on the other hand, are for elementary testing. They help in finding the most severe bugs at low cost.

9. Severity and priority of bugs with examples

Priority defines the importance of a bug from a business point of view, while severity is the extent to which it is affecting the application’s functionality.

A test driver is a dummy software component which calls the tested module with dummy inputs during bottom-up testing.

A test stub is a dummy software component which is called by the tested module to receive the produced output during top-down testing.

It is needed for:

Both are methods of test case design. In error guessing, the tester guesses the possible errors that might occur in the system and design the test cases to catch these errors. Error seeding, on the other hand, involves the intentional addition of known faults to estimate the rate of detection and the number of remaining errors.

Cyclomatic complexity is a measure of the application’s complexity calculated from its control flow graph. This graph consists of:

Each statement of the program.

A connection between two nodes to represent the flow of control.

Inspection is a verification process which is more formalized than walkthroughs. The inspection team has 3-8 members including a moderator, a reader and a recorder. The target is usually a document such as requirements specification or a test plan, and the intention is to find flaws and lacks in the document. The result is a written report.

V model is an enhanced waterfall model of software lifecycle wherein the linear downward phases take an upward V-turn after the implementation stage, ensuring that every corresponding phase of waterfall lifecycle undergoes testing. 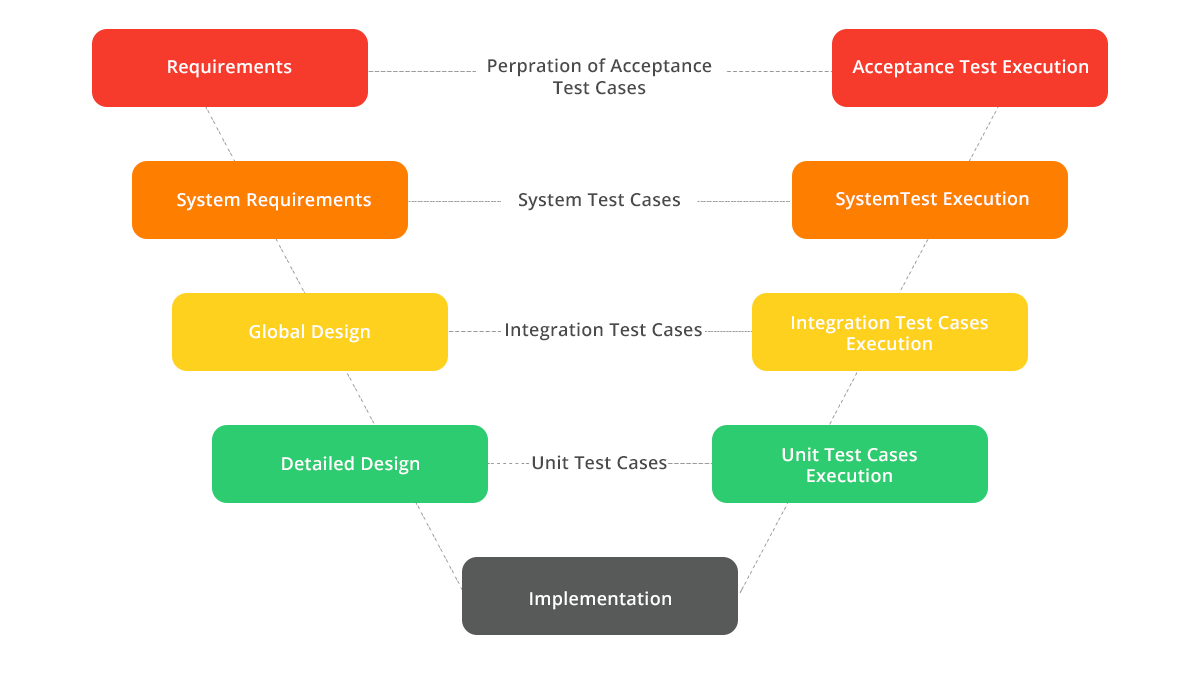 While you cannot know exactly what the interviewer may ask you about, the top 13 questions described above are the most common ones. Hope they help!