Enterprises today look at a feature delivery schedule of 2-3 days or even on the same day, from wanting delivery within a year, a month, or a week. The advent of software automated testing and its use in conjunction with manual testing has enabled project managers to stick to the needed delivery time frame.
A timely software testing catches the problem, rectifying it before the feature reaches the user. Software testing is one of the most active discussions while the software is being designed to provide ease to its users and is an integral part of software development.
But to maximize the use of automated testing, certain practices need to be followed. This blog will discuss a few practices to follow in test automation.

Know the hurdles of automated testing

Once you build a testing team, the next step is to know what is stopping your team from moving to automated testing. In most cases, it is the idea of learning a new programming language. Can a team learn a new programming language and implement a successful test automation project? These are the hurdles that the team has to overcome. To overcome such fears, a team should start small.

Watch this webinar to learn about enterprise-wide actionable strategies, the dos and don’ts of automation testing and DevOps tooling that will help you improve the release and test velocity.

The main idea is to get your team comfortable with the tools and framework you wish to utilize. It is a fact that the choice of the automation tool has a vital role to play. The tool selected can either be open-sourced and free or commercial ones that need to be purchased but have better features and offer better support. The features associated with the tool should be in line with the test requirements of the software applications that need to be tested. It should be functional with multiple programming languages, operating systems, etc.

First and foremost, the team has to prioritize which tests to automate. Just because you can automate tests, it doesn’t mean it should be applied to everything. It’s unnecessary to automate all tests. Many tests are better off being done manually. Automating complex and less often used tests is a definite failure and isn’t worth the team’s effort. In addition, create a list of the browsers and devices that will be essential to your particular test suite.

Allocate and divide the effort for automation

Usually, the creation of different tests reflects QA engineers’ skill levels. Therefore, it is essential to identify each team member’s experience and skills. Then, divide the testing efforts based on the team member’s skill set. For example, writing test scripts requires an in-depth knowledge of scripting languages. Thus, to perform these tasks, you should have QA engineers that know the script language provided by the automated testing tool. The efficiency of a test automation plan depends on the correct task allocations to personnel based on the test schedule, the expertise of the professionals, and the testing team size.

Creating modules makes it easier for the project managers to track test coverage efficiently and understand the exact location of the defect or errors. It is also easier for testers to write test scripts for smaller modules.

Test early and with higher frequency

Testing early and frequently facilitates a significant reduction in the defect or error turn-around time. In addition, frequent testing throughout the different phases of software development also enables it to function with greater accuracy.

Getting the right metrics to assess and monitor the quality objectives throughout the different software development cycles is another crucial aspect of an effective software test automation plan.

There is a direct relation between the quality of bug reporting done and the turn-around time. In addition, the availability of clear, detailed, and precise information on the errors present in the software helps to eliminate them faster.

Most of the time, you will not be the only one working on automation. So help your co-workers and yourself by keeping good comments on your code. People are not mind readers and will not understand your thought process. So always add very detailed comments in incredibly confusing sections for your co-workers’ benefit but also your future self!

The delivery of a quality software or application depends on the effectiveness and efficiency of its software testing plan. Therefore, test automation can only help achieve quality software and reduce time-to-market when it follows certain best practices. However, it’s essential to understand that every enterprise has different requirements. Therefore, study these practices and implement them to best suit the software, the business, and the users. 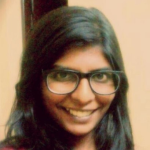 Engineer by qualification, a professional in digital marketing. Currently based in Bangalore with experience in writing for SaaS companies.

Engineer by qualification, a professional in digital marketing. Currently based in Bangalore with experience in writing for SaaS companies.