August was a super-exciting month for the entire team at LambdaTest. We successfully hosted our first ever online summit – Testµ Conference 2022 and commemorating LambdaTest’s fifth anniversary.

Hold on a second! August is more than just that, though! We release numerous features in automation testing, app test automation, HyperExecute, smart visual regression testing, and much more.

Here is a monthly summary of what’s new at LambdaTest in August.

Our blazing fast test orchestration cloud – HyperExecute supports all programming languages and popular test automation frameworks. To perform end-to-end automation tests as quickly as possible, testers and developers can use our HyperExecute. It is now available on the Microsoft Azure Marketplace. 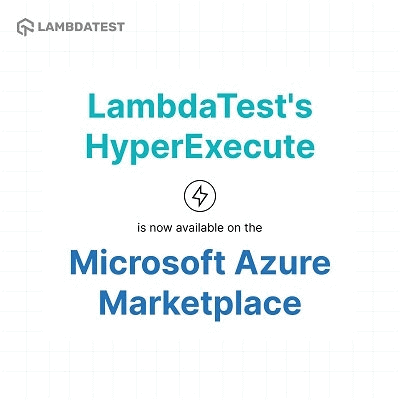 Now that the productive and dependable Azure platform is available, testers and developers can deploy and manage their cloud apps. Customers may now benefit from the streamlined deployment and maintenance of the reliable and effective Azure cloud platform.

We are one step closer to helping the QA & developer communities ship code at lightning speed.

The advancement of automation is fascinating. Updates to browsers and new features for creating desired capabilities are all included in the most current edition.

Below is a list of the new automation testing features.

It gives us great pleasure to announce that LambdaTest’s Real Time and Automated app testing has gone live with the iOS Camera Injection capability.

Note: The Camera Image Injection feature is available only for iOS devices. We will be launching it for Android soon!

Check out the other cool features in Real device testing.

Great news, right here! We are officially live with the macOS Ventura Preview and Safari 16.

Is your web applications ready for macOS Ventura? Test them right away across various real browsers running real macOS Ventura.

Also, you can run automated tests of your websites and ensure a pixel-perfect experience on the latest Safari 16 (Beta).

Are your web and mobile apps compatible with Android 13?

Test your apps using LambdaTest’s online Android 13 emulators to ensure they work with the latest Android devices and browsers. 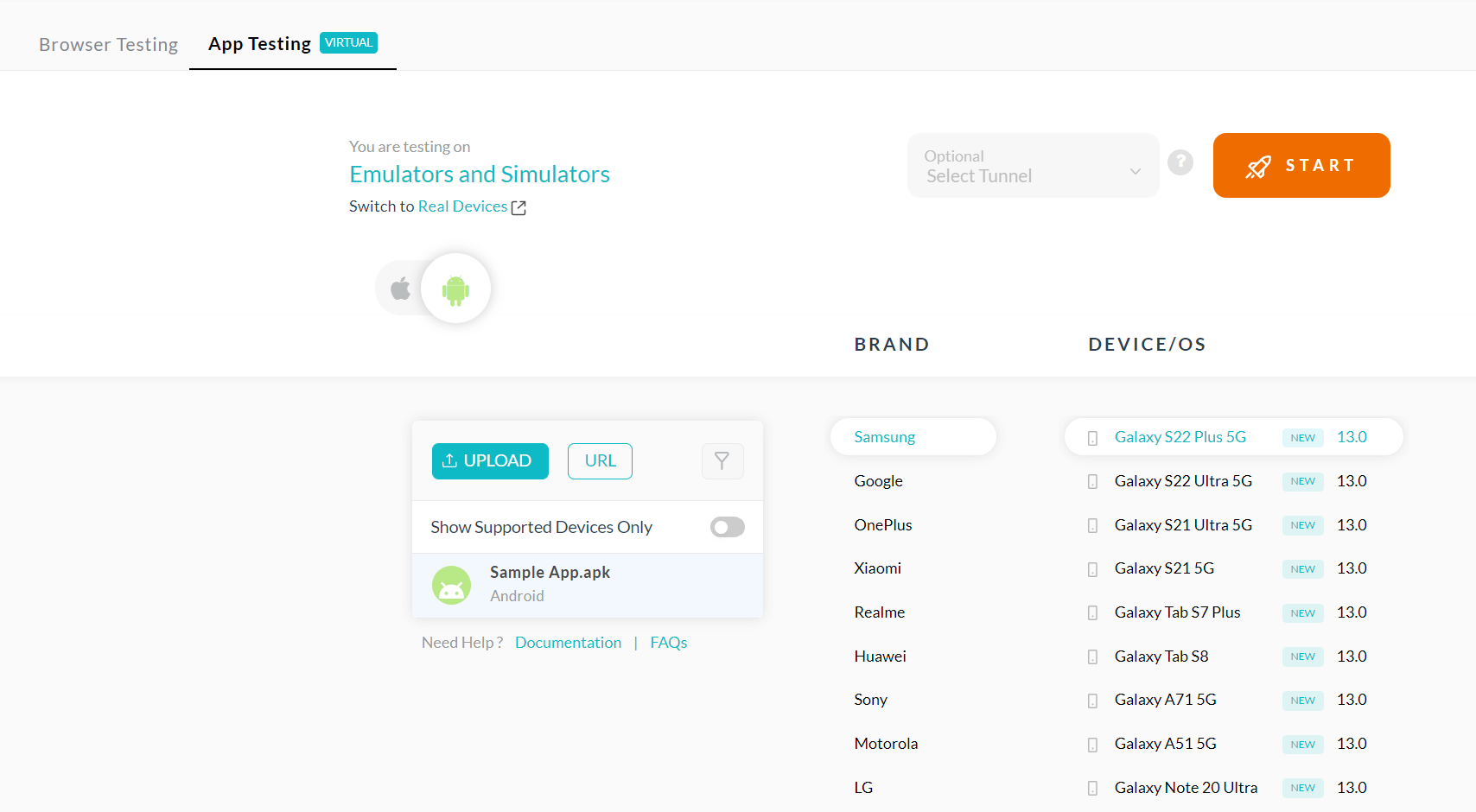 With the most recent versions of Chrome, Firefox, and Edge, you can now automate your web testing and real time browser testing. The list of recently added browser versions is seen below.

With our latest update, macOS users can test their websites on:

Windows users can now seamlessly get the testing done on:

Regression testing can be carried out with only one click on the LambdaTest platform, and Smart Visual Testing makes it simple to identify Visual UI Regression problems. You can extend your browser coverage by running automation scripts on an online browser farm with more than 3,000 desktop and mobile environments.

Here’s a video to summarise the updates.

That’s all I have for now. Watch out for even more amazing features. Hope you enjoy our most recent additions. Your feedbacks on the new features we’ve added would be greatly appreciated.

Please share your thoughts and suggestions on the new features via the LambdaTest community. You can also contact us by email at [email protected] or through our live chat site, which is accessible around the clock. 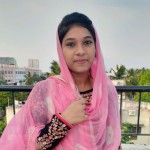 I’m Shakura – a content creator who blends the best of design and writing into compelling and engaging brand content. Content is what I live for.
But, when I am not constantly hitting refresh on my Instagram feed, I’m probably at the restaurant enjoying feast.

I’m Shakura – a content creator who blends the best of design and writing into compelling and engaging brand content. Content is what I live for. But, when I am not constantly hitting refresh on my Instagram feed, I’m probably at the restaurant enjoying feast. 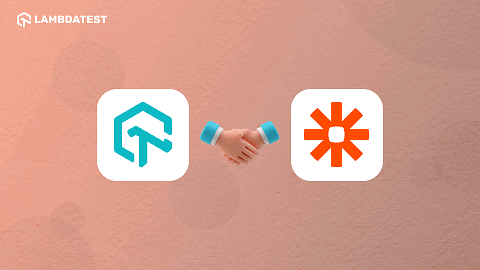 Automating Workflows Between Apps and Services With LambdaTest and Zapier 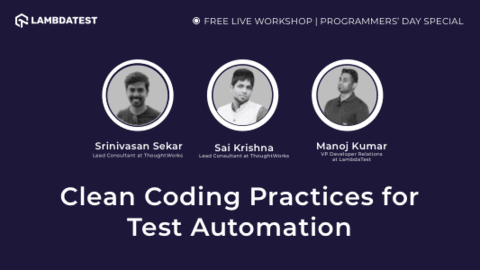 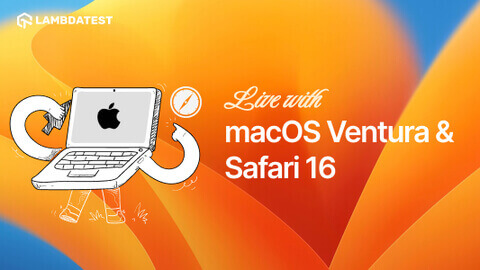 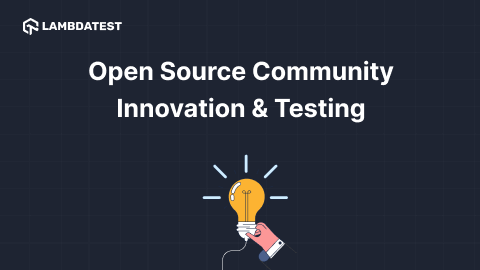 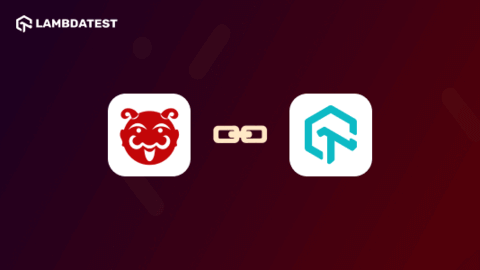 Bug Tracking Made Easy With LambdaTest And Bugasura 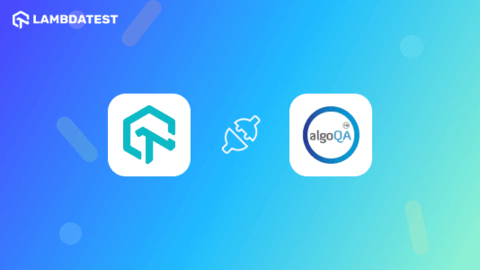 Accelerating End To End Automation Testing With LambdaTest and algoQA