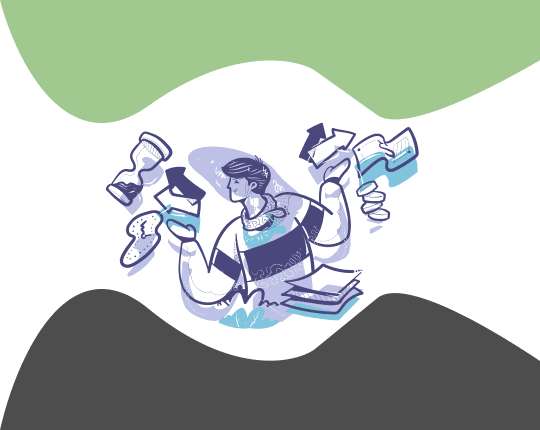 The organization provides industry-leading audit, consulting, tax, and advisory services to many of the world's most admired brands, including nearly 90% of the Fortune 500® and more than 7,000 private companies.

Built for the modern world, the organization has a cutting-edge cloud AI platform for data management and analytics. By leveraging the capabilities of the LambdaTest platform, their team significantly reduced the test execution time with improved application quality.

It began in 2016 when the organization planned to launch the AI platform with an aim to provide an end-to-end data analytics platform with core capabilities, including document extraction, data preparation, analytics, and other AI-powered functionalities.

Over the past 3-4 years, the AI platform has become a leading automation intelligence platform in the US. Major business verticals use the platform for data preparation, content classification, clustering, string recognition, productive analytics, automation, and workflow orchestration. The platform is used for realizing internal as well as customer use cases.

“We are building a platform having all these capabilities under one umbrella, which can use third-party technologies in a plug-and-play model. A platform that can be used internally across all divisions to give us a competitive advantage, and the plan is to further scale it in the upcoming years.” - Manager (Innovation Practice)

What made them choose LambdaTest?

With the increased application of use cases leveraging the AI platform, the organization’s Innovation Team started looking out for options to test the AI platform in a more scalable and efficient manner. With very few members in the team, the technology solution was not tested efficiently, which further led to functional and performance-related issues.

As the platform scaled up, they needed a way to ensure that the platform works seamlessly, especially after production deployment. The objective was to be more agile by implementing continuous test cycles that integrate seamlessly with the existing CI/CD processes. LambdaTest proved to be a major contributor to their QA team efforts, as it could be easily integrated with a range of CI/CD tools.

It proved to be a boon as far as setting up continuous testing was concerned. The platform’s capabilities to perform automated cross browser testing and seamless integration with the organization’s Azure ADI-based CI/CD proved to be a great value addition to the overall process.

“We used Selenium for Automation. But, there was limited testing on an ad-hoc basis, which was not integrated well with the development process or any good CI/CD pipeline. We started to see recurring bugs due to developmental changes, as after every change, there were no automated scripts to run. This was where LambdaTest came into the picture.” - Manager (Innovation Practice)

The option to choose from different functionalities gave LambdaTest the competitive edge, which further boosted their confidence

One of the global teams in the organization had the experience of using LambdaTest. They found LambdaTest to be extremely superior in comparison to the other competitors in the market. The intent was to choose a solution that could complement LambdaTest. Here are some of the major requirements from as far as the solution is concerned:

LambdaTest Screenshot and video capturing features helped them significantly, as they could have a quick look at the exact error and reproduce the test steps very easily.

With so many options for integration, their team could leverage the capabilities of third-party tools from a single platform (i.e., LambdaTest)

“The inbuilt reporting feature is very friendly and self intuitive for any user like project managers, architects, leads, who can see how execution is going along with the failures.” - Manager (Innovation Practice)

The combination of these features gave enough confidence to the organization to opt for LambdaTest.

“Out of the many competitors in the market, LambdaTest’s feature set resonated best with our testing. It also helped that pricing was very competitive and hence was a great value for money. Especially the customized enterprise plan with the flexibility to choose from different functionalities and sessions to suit one's needs.” - Manager (Innovation Practice)

The organization wanted to scale up efforts on functional testing through the usage of an appropriate automation tool.

Before opting for LambdaTest, they made use of C# for running automation scripts. However, moving forward, they aimed to use other popular test automation frameworks like JUnit. This had become an absolute necessity considering the scale at which the AI platform was expanding in terms of features and functionalities.

LambdaTest provided the flexibility to their QA team, where they could use the language and framework of their choice for running tests at a massive scale. This also made it easy to automate the scripts by following a more structured approach.

Microsoft Edge is the go-to web browser for them. However, every practitioner has a personal choice of browsers like Firefox, Chrome, Edge, etc.

Having said that, the goal was to ensure that the functionalities of the AI platform worked seamlessly across different browsers, platforms, and browser versions. With so many use cases and a large user base, it was difficult to ensure that every user of the platform makes use of the same browser. For example, developers preferred Safari for Mobile and macOS, whereas others preferred the Chrome browser. There was a necessity to test the platform thoroughly across different versions of browsers like IE 10, IE 11, Firefox, Chrome, Edge. etc.

LambdaTest offered them the right platform to test the product functionalities across a wide range of browsers and browser versions; without investing anything in the in-house infrastructure. This ensured that the platform worked fine and didn't break on any browser or device. Now, with every release, whether it's minor or major, the platform goes through robust testing, which helps them in quick and on-time bug fixes.

“QA often gets overlooked in the development lifecycle, resulting in missing critical issues, which becomes frustrating later on. LambdaTest has been super good at helping us reduce production errors by integrating QA in the product development pipeline. This has helped us identify regression bugs more than ever before and helps us to fix them.” - Manager (Innovation Practice)