decrease in its deployment time 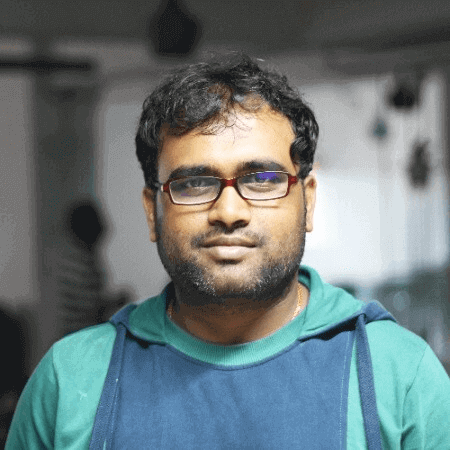 LambdaTest has helped Whatfix to use the stable automation infrastructure, reduce the automation execution time, and run automation in parallel on multiple environments

Whatfix is a top digital adoption platform (DAP) that empowers anyone, anywhere to have successful experiences with the technology they use every day, achieving greater knowledge, capability, and productivity for themselves and their organizations. Whatfix’s Digital Adoption Platform (DAP) integrates seamlessly with applications to empower users, providing in-context information and guidance to immediately increase individual capability and collectively amplify productivity.

Whatfix had developed its testing infrastructure in-house. They were looking for faster release cycles; however, it was challenging to achieve as their infrastructure had stability, monitoring, and maintenance issues which slowed their execution times.

With a faster release cycle, they wanted to deploy the product features and issues resolution every alternate day, run more parallel tests and increase the stability of their test execution system.

Whatfix realized that setting up an in-house test execution infrastructure was time-consuming and costly. They had close to 15 plus pods in their engineering team. Each pod has different objectives and feature responsibilities. They needed a platform that helps understand the dependencies on different client apps, integration, and browser compatibility.

They had to start focusing on designing test cases for each integration and browser compatibility and executing them faster to achieve their testing goals.

A major factor that nudged Whatfix to switch to LambdaTest was customer support. Whatfix required many features like record and report, integration support, etc, which they were able to get within days with the help of the LambdaTest support team.

What Happened After Whatfix Adopted LambdaTest

Whatfix can now run parallel tests faster than ever. Their release cycles are two times faster than what it was before. They can now focus on analyzing, identifying the scenarios, and executing tests faster.

With the help of LambdaTest, integrating Selenium is more accessible, and they can run 33 threads parallelly. Their execution time has been reduced to three hours from their earlier time of approximately 20 hrs. They managed to add around 1000+ test cases within the last six months. Whatfix has seen an overall 70% decrease in its deployment time after using LambdaTest.

Earlier, training the resources on different tools and frameworks was time-consuming. In addition, Whatfix had to make sure its in-house infrastructure was functional throughout, and it consumed a lot of time and resources for infrastructure management and monitoring.

After shifting to LambdaTest, they can concentrate on test execution and design rather than spending quality time on making sure their test infrastructure is functional. This helped them achieve their goal of a faster deployment cycle and reduced their resource time exponentially.

After switching to LambdaTest, Whatfix increased their test coverage by 3x. In addition, the issues identified through the LambdaTest automation platform are recorded with complete details and forwarded to developers who can immediately start working on fixing the issues and not spend time recreating the same issue, thereby saving a lot of developer time.

After switching to LambdaTest, Whatfix observed

LambdaTest has eliminated Whatfix’s testing challenges by decreasing its deployment time and increasing its test coverage. Whatfix is now able to run multiple parallel tests, accelerate its time to market, and introduce new features to its customers faster.