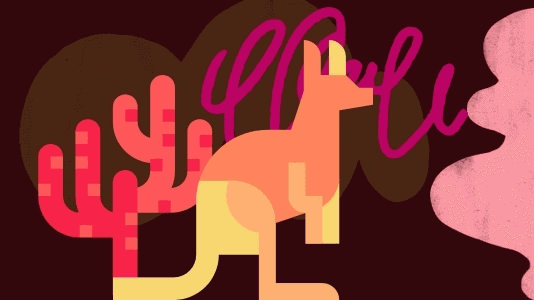 A state Government agency that aims at providing peerless customer service relies on LambdaTest to deliver a consistent experience to tens of thousands of website visitors from different geographies, using various devices and browsers. Using LambdaTest, the agency is able to achieve 100% browser coverage with a 66% reduction in total test execution time.

While looking to scale, one of their top priorities was to move to a cloud-based infrastructure that can scale their test coverage for cross browser compatibility testing.

The state Government's website acts as a doorway to the information around government initiatives and the most official and accurate updates related to work, health, major public works, government procurements, sustainable finance, and safety. The website is accessed by local citizens, tourists, and people relocating to that region from different parts of the world.

"The website traffic has seen a significant rise ever since COVID-19. People have been more anxious than ever and want to stay on top of the news, real-time statistics, and government guidelines. As a result, we were noticing nearly a 5x traffic spike in the new normal, because of which we had to scale our browser coverage and accelerate deployment cycles to keep pace with this increased user activity." - Lead QA

It goes without saying that everyone has to get seamless access to information on the website. No matter which browser they use, which operating system they are on, whether it's a desktop or mobile device that they are using. With LambdaTest, they were able to do so in a much more efficient and faster way.

Delivering a browser compatible experience was the need of the hour

Testing on IE11 was a challenge for their team as none of the developers were using the Windows machine. Nevertheless, it was essential to test on IE11 as a significant number of new users visited their websites through IE11. Simultaneously, as nearly 50% of traffic was coming via mobile devices, it was impeccable to ensure that the website was responsive across a range of screen resolutions and mobile viewports sizes.

Setting up their own mobile device infrastructure would have been time consuming and expensive. Not to mention a little unnecessary considering how COVID-19 has restricted them from relying on in-house test infra setup. So they were aggressively looking for a way to test securely on a wide range of browsers and operating systems through a cloud-based infrastructure setup.

LambdaTest platform was the perfect fit for the them as it allowed to run tests over a cloud infrastructure that not only scales as they scale up their development cycle but also provides better browser coverage.

Using LambdaTest, they were able to test websites across all major browsers like Chrome, Safari, Firefox, Opera, Edge, and IE11.

The increased browser coverage came with its own set of problems as well. Now exponentially more numbers of tests were running as they ran in different environments. The next challenge before them was to reduce the testing time, especially time spent on regression testing.

As a first step, they implemented a more robust and quicker feedback mechanism by incorporating test automation across all major testing scenarios, which were critical.

They focused on building Selenium based automation test suite aimed at decreasing regression testing efforts and performing daily smoke testing. The Selenium tests were written using the Java based JUnit framework and were combined with Cucumber for running BDD test cases. With LambdaTest, they were able to run their Selenium test automation scripts on modular Selenium Grid at Scale. Few benefits recognized:

According to one of their Quality Assurance Automation Engineer, their smoke testing builds usually took 40 minutes of test execution time. However, with LambdaTest parallel execution, it was reduced to 12 minutes. These tests are run every day through scheduled jobs to ensure everything is up and running, especially 3rd party APIs.

The feature to declare custom tags for automation builds has been extremely helpful in categorizing the LambdaTest automation dashboard. Team is able to group and filter test cases similar to their existing framework.

LambdaTest proactive support boosted the confidence of the team. With their quick and round the clock support, it was smooth onboarding with the platform.

Addon offerings like LT Browser proved to be exceptional

LambdaTest also helped them to test responsiveness of the website across a plethora of Android and iOS browsers and mobile viewports.

The ability to assess the responsiveness of a website over 45+ mobile viewports enabled their team to perform mobile website testing much easily. With the tool loaded with developer-oriented features like interactive dev tools, scroll sync, and the option to create your own custom devices helped them to debug multiple devices while performing responsiveness tests on devices simultaneously.

With LT Browser, they can test on different tablet and desktop devices and inspect websites on different resolutions simultaneously. Moreover, they can now test localhost URLs without any extensions or tunnels.

Working towards a sustainable future with LambdaTest

The future plan is to bring all those websites under one umbrella so that a visitor doesn’t have to visit various websites for the information.

In the mid-2019, the state Government departments like Finance, Services, Property, and Innovation were merged with various supporting agencies. It was rebranded into the Department of Customer Service, through more than 30 agencies accounting for 500+ websites listed within the state Government website. Moreover, many API dependencies on the UI and more mobile traffic demanded automated browser testing.

Having LambdaTest to deliver a sturdy UI and consistent experience to meet the future development demands has been a crucial part of the testing lifecycle.