How Locusnine Uses LambdaTest To Reduce Test Execution Time By 50% 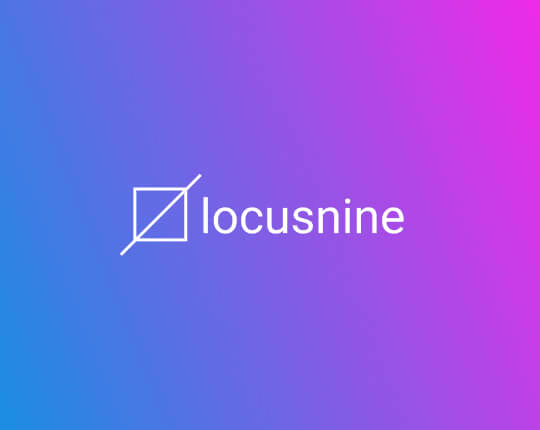 With design and technology at the core of everything they do, Locusnine is one of the fastest-growing companies in the digital innovation space. LambdaTest enables Locusnine to scale its testing operations by automating critical processes, improving efficiency, and providing instant bug visibility.

Locusnine has been working with a plethora of clients from different backgrounds all over the world for years now. With its early success in the US, the company moved to the UK and eventually expanded its client base into various other countries in over six geographies.

“Locusnine is a social enterprise that started in 2018, intending to make a lasting impact on society. Recognizing and utilizing the growth of the company, Locusnine also takes social responsibility as a growing organization by involving in multiple social initiatives that help the less privileged.” - Jayesh (QA Automation Engineer)

When Jayesh joined as an Automation engineer, he began with automating the test cases and scenarios at Locusnine. However, the company was on the lookout for a better-suited solution than what already existed that could accommodate and facilitate the exponential growth in their business.

The more they did automation testing, the more they realized that it's not enough to write and execute tests and get the results they were looking for. They had to create an environment where they could test at scale. As they moved on to more complex solutions, it became necessary for them to test what the application would look like in different browsers.

The team started testing in browsers like Chrome, Safari, and Firefox in order to find and fix bugs so as to maintain a pristine user experience. However, considering the number of browsers and browser versions available in the market, it was challenging for them to think outside the box and match up with the browser preferences of their wide user base.

“I mainly work on Chrome, Safari, and Firefox browsers for all the debugging and use Selenium & TestNG framework with Java for writing my test cases and test scripts. However, we’ve been using Jenkins for CI/CD, which is very convenient for us.” - Jayesh (QA Automation Engineer)

Besides automation, manual testing was an integral part of their testing life cycle to ensure that their application worked as expected. However, the team was looking forward to exploring performance testing and load testing for their current projects.

That is where LambdaTest came into the picture. LambdaTest made it easy and affordable to quickly and accurately run complex cross-browser compatibility tests across multiple browsers and operating systems, including Chrome, Firefox, Safari, Opera, IE10+, and Edge. 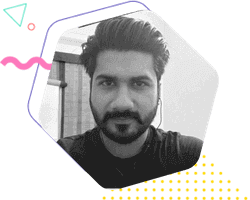 I was asked to create such an environment for automation testing that it should be tested on various browsers to get a perfect and robust application. I went on the Internet looking for a solution, and I was blown away by the offerings of LambdaTest. The number of issues that popped up on different browsers while trying LambdaTest was an eye-opener for us.”

The increase in browser coverage transformed the business, but it also created some challenges. Suddenly there were many different combinations of browsers running tests, each with its test data set. This mix of data slowed down the regression testing process.

They had limited quality assurance (QA) resources. They were responsible for performing Unit testing as a part of the development process. In contrast, the QA team carried out smoke testing, sanity testing, and integration testing. However, because of the resource constraint, testing everything over different browsers was time-consuming.

Moreover, due to the requirement from the clients to release the build on time and to test it on different browsers, the team was always on deadlines. Most of the clients were service providers, and their customers could work on anything from Safari to Mozilla to Chrome or any other browser.

“We wanted an automation testing solution that would allow us to automate testing on multiple browsers and browser versions without losing focus. That’s when I came across the LambdaTest platform. I am still impressed by the level of support I get from LambdaTest whenever I have questions or need help.” - Jayesh (QA Automation Engineer)

With so many features and flexible pricing, LambdaTest proved to be a game-changer in cross browser testing

When they started searching for a cross browser testing platform, they quickly noticed that several of the solutions in the market require a considerable up-front investment. In contrast, LambdaTest was more affordable and offered a variety of pricing plans to fit every budget.

Unlike the other AI platforms they tried, LambdaTest proved to be a better option.

Here are some of the major benefits that LambdaTest provided:

By combining several approaches and streamlining the testing process, they were able to reduce the time and money needed for cross browser testing by 50%.

“Thanks to the great features from LambdaTest, we were able to find a high-quality solution in a short amount of time. The reliability of the product and the features offered by LambdaTest ensured that LamdaTest stood out above the rest of its competitors. This led to a purchase decision from the company.” - Jayesh (QA Automation Engineer)

He further added, “Though LambdaTest is not AI-operated right now, I hope it will be one day as I cannot pay 60,000 USD each year for my test scripts for me to automate them and then for an AI to run them. So, I went for LambdaTest and convinced the Management at Locusnine that LambdaTest is the best solution we can afford and which we should go for.”

LambdaTest helped them integrate automated testing into their development process. However, the most critical benefit they found was that it enabled them to scale their efforts by writing and running tests quickly, accurately, and efficiently.

Many other compelling reasons made a difference to the overall experience. The first and the foremost was the capability generator that allowed them to give any capability to the remote computer that they were setting up. It worked from any location, any timezone, and with multiple capabilities, like the resolutions, which were maximized from the start.

The application developers widely use the platform to review their applications and generate test reports by just looking at the videos. This helps them find what is wrong with their application apart from what worked for them by giving them proof of their work. Furthermore, with reports and videos, they are now more confident about their work.

“Other than the given benefits, I would say I found real-time testing helpful as well. It is a really good feature where I can use multiple browsers and a plethora of the Windows and Mac operating systems. That’s helpful for testing on some specific browsers and operating systems.”- Jayesh (QA Automation Engineer)

With LambdaTest cloud-based cross browser automation, Locusnine can create a test environment in the cloud, launch tests across browsers & devices in parallel and get automated test reports to improve the quality of their products, and much more: