Without a doubt, automated browser testing has transformed the way software development works. If it wasn’t for Selenium, we wouldn’t be able to use such a wide array of bug-free web apps as we do. But sometimes, even the IT sector misunderstands the term automation.

Most people assume that the computer is going to accomplish all the testing for them! They also end up thinking that they can automate the entire product. Well, I’m not saying they can’t, but with complete automation comes to the responsibility of its maintenance. After all, it’s not always a forget-it-after-setting-it approach! Automation generates maintenance costs that you can’t easily overlook.

What Are The Different Types Of Test Maintenance?

Test maintenance comprises two main categories of processes. First is when the tests that are already working might begin to fail. Another category is change in dependencies of lifeline tools. Let’s take a look at both of these cases separately.

What should be the first reaction to a failed test? Of course, determine the reason behind the failure. Sometimes there can be defects in the software. Other reasons can be unforeseen side effects and changes in behavior. In this case, fixing the code or updating the tests can help. Sometimes, the team might have to do both.

Selenium Test automation tools running in production require support. When a firm changes reporting tools or APIs, it can call for the need to make changes in some elements of these tools. This enables its functioning as a part of a toolset. This category of test automation maintenance also includes training developers on tools if the need for updating the tool infrastructure arises.

What Are The Issues With Automation Test Maintenance?

When you talk about test automation, what is the first thing that comes to your mind? Well, for me, it’s Selenium. It won’t be an overstatement to say that Selenium test automation rules the world of test automation. But the issue is that it uses JavaScript. And since JavaScript relies on locators, as the page element moves so would the locator,the result being that the wrong locator gets selected.

While creating a script, it’s vital to identify the selector of the element you plan on interacting with. You can find this selector on the page while running the test script. This is when the team takes appropriate action. But as UI undergo developments and changes, page elements can move.

Now imagine different tests interacting with those elements. To prevent test failures, it’s important to update those tests. Sometimes, it’s not possible to identify the real error until after a few steps. Now, since you have to go back a few steps to trace what went wrong, it makes the process even harder.

Selenium test automation maintenance is an ongoing need. Fixing problems in the existing tests can hog up the testers’ precious time. After all, they can create new tests, refine test suites, and accomplish much more during this time! So, how do we make things easier? Let’s take a look.

How Developers In An Agile Environment Can Support Test Automation Maintenance?

Selenium test automation teams already feel burdened with the responsibility of keeping the tools and scripts updated. Thus, as the number of Selenium automated tests for checking particular elements increases, the teams can become more and more overwhelmed with work.

In the case of a traditional waterfall framework, external teams handle the maintenance of test scripts. Thus, they relieve the developers from doing the same.

However, an agile framework eliminates the need for external teams. The agile methodology comprises a cross-functional team of developers and an agile tester. If a check fails, it’s the responsibility of the development team. They can build, perform automated browser testing, fix, and retest, in other words, experience the feedback cycle as a whole. The best part is that they don’t have to sit around waiting for input from some external team.

The resulting feedback cycle in agile companies is tighter than those with siloed development and testing teams. The agile tester is aware of what requires an update. They also know various bug fixes and what’s causing an issue. They can also question programmers about a change in the code that’s affecting the test. This way, test information becomes available immediately. Thus, you can easily act on it as soon as you receive it, instead of keeping the info in a queue.

Role Of Automation Testing In Agile

Keeping Up With Demands Of Maintaining Selenium Test Automation

As soon as you encounter a test failure, it’s important to start looking for remedial measures. This calls for the development team to make a plan for Selenium test automation maintenance. This includes figuring out who would do what and allotting tasks accordingly.

In case there is no plan, the entire workload might fall on someone incompetent. Even if it falls in the hands of a skilled worker, the company risks overburdening a diligent employee. This increases the risk of burnout which is an enemy in the entire Selenium test automation maintenance process. Worst case scenario, you lose a valuable asset because of burnout.

Automated testing tools call for maintenance. If you fail to keep up with maintenance-related demands, it can cost you later. Here are some best practices to reduce maintenance in automated browser testing.

Keeping things simple is the key to ease the test maintenance process. Now, I know you might be thinking that what I’m saying is easier said than done. But you should try to use simple Selenium test automation scripts as much as possible. The reason is that you can execute low-level tests quickly. Moreover, they are also easy to maintain as they decrease maintenance efforts.

Complicating your test suites unnecessarily can increase the chance of a breakdown.
But sometimes, complex scenarios can be inevitable. In that case, the best solution is to create tests that are reusable.

Updated UI is a vital process to provide the end-users a pleasant experience. But usually, UI/UX developers don’t keep testing in their mind while writing code. In this situation, developing a naming convention for each object can help. When you have a stable QA id, The Selenium test automation scripts will keep recognizing the objects as different aspects of the code and UI/UX design change.

Do you have a system that checks and updates Selenium test automation scripts? If not, it’s time to establish a process that keeps Selenium test automation updated. I’m sure that your team must be striving to deliver features that continuously improve the application. But are your test scripts following the suite? Well, it’s important that they do! Having an established strategy for ensuring the same will save a lot of work in the long run.

Every company appreciates hard work. But do you know what can make a firm thrive? Smart work! Now, I’m not saying that you shouldn’t work hard. It’s just that running a complete test cycle every single time the team deploys a new code is not necessary. After all, there is no harm in saving extra efforts and diverting them elsewhere.

Nightly automated browser testing that covers all major test cases is the way to go here. By test cases, I don’t mean the super critical ones. You can cover the regular maintenance tests in this strategy. The outcomes of the automated testing cycle will help you identify or address issues in the nightly automated test.

Why do you need to understand Test Management Strategy?

5. Identify Flaky Tests And Work On Reducing Them

Before identifying and trying to reduce flaky tests, let’s take a look at what they are. Suppose you are running tests under identical parameters. But they still give inconsistent results. They are called flaky tests. In other words, a flaky test is a failed test that passes when testers run it again. Usually, this prevails in User Interface Testing.

Flakiness is likely to occur in the automated browser testing setup, not the development code. Unfortunately, you might not be able to completely avoid them, it’s important to identify flaky tests and respond to them quickly. Thus, reducing flaky tests will help you easily maintain the test suite.

Which automation tests would be easiest to maintain? The one which was never written. Selenium test automation is not easy. Writing new tests certainly takes a significant amount of time. So in order to minimize our test automation maintenance efforts , you need to consider which features you are writing tests for. Thereby, it is advisable to focus automation efforts on high value and unstable features. Automate tests around critical business value cases, not around shiny look and-feel aspects of your Web application.

If you can’t measure it, you can’t improve it. That being said, it is vital to keep monitoring your test results in order to identify what are the areas that need improvement and what features are stable. Also, the test results with vital information would need to be maintained for any future references.

To automate your test reports, you can utilize frameworks like pytest along with Selenium to minimise test automation maintenance efforts.This way the test results generated can be more insightful by combining reporting with automated browser testing.

With a cloud Selenium Grid there is no need to setup and maintain virtual machines and browsers. By utilising LambaTest Selenium Grid you can run your tests on over 2000+ real browsers and their different versions. This would not only help you save your infrastructure costs but also help you to scale your testing efforts and leave you ample time to focus on important tasks.

Get Started With LambdaTest Selenium Grid. Your First 100 Automation Testing Minutes Are On Us. Sign Up Now!

Now, if you are thinking that it’s way too much effort, trust me, it’s all worth it. We already know how beneficial test automation is. So, why let the maintenance efforts deter you from availing all the mind-blowing benefits of automation testing? All you need to do is have a test management strategy plan and stick to it. The rest will all fall in place automatically.

If you liked this article, you can click on the bell icon to help us notify you whenever a new blog is published. Also, please feel free to share this article with your friends by retweeting us on twitter. Happy testing! 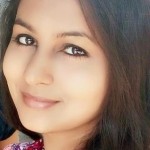 I’m a Computer Science Engineer by degree and a passionate writer by choice. The credit for my profession as a web content writer goes to the knack for writing combined with a technical background.

I’m a Computer Science Engineer by degree and a passionate writer by choice. The credit for my profession as a web content writer goes to the knack for writing combined with a technical background.