Most testers have already had some experience with White box testing at some point in their careers. Techniques like this are battling for existence in a world that is becoming increasingly agile-driven. Adopting agile approaches does not include putting off any tasks to meet the project effectively.

Testing is one of the main areas, especially in White box testing, where we see projects in the most impacted areas and teams cut corners for agility.

What is White box testing? 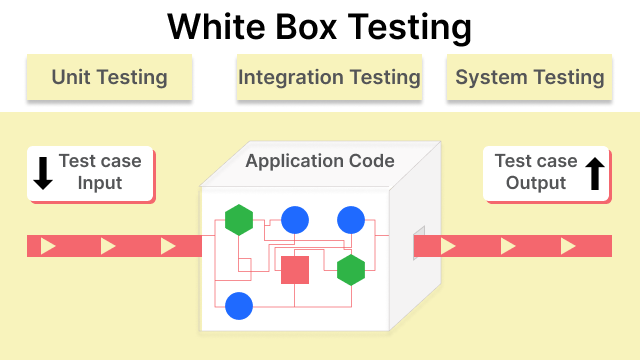 A tester who understands the test codes at the application or code level is highly likely to understand the system or component deeply. As a result, the tester must always possess knowledge of or access to the system's source code, typically provided in specification papers.

A tester will then be able to construct and carry out test cases that cover all conceivable situations and circumstances that the system component is supposed to handle after they have access to the amount of technical information that is often only exposed to a developer.

Why should you perform White box testing?

Below are the pointers that describe why to perform White box testing.

Therefore, ensuring that crucial systems and components are bug-free is essential. And thorough testing is necessary to ensure that a mission-critical system is bug-free. Ensure the high-quality performance of your systems through testing. Nevertheless, it is an integral and essential approach.

Traditionally, there has been a distinct division between developers and quality assurance testers in the software development process. To ensure that the functionality they have built satisfies the requirements, developers install it and conduct QA tests.

What do you verify in White box testing?

You can test the following aspects of the software code while performing White box testing. It examines all of the modules' core functionality.

There are entry and exit requirements as mentioned below:

One of the primary aims of White box testing is to cover as much source code as possible. Code coverage is a metric that shows how much of an application's code contains unit tests that validate its functioning.

Using techniques such as statement coverage, branch coverage, and path coverage, it is possible to check how much of an application's logic is executed and verified by the unit test suite under code coverage.

These techniques are discussed further below:

Let’s now have a look at different types of testing modules that are included under the domain of White box testing.

However, testing every conceivable outcome of the application's loops is not feasible. It implies that testing in depth is not viable for complex systems. Nevertheless, White box testing is still effective as it is realistically practicable and valuable to test by choosing significant logical routes and data structures.

How White box testing fits with other QA methods?

Testing is required at the system, integration, and unit levels of software development. Verifying an application's operational flow is one of the fundamental aims of White box testing. It compares a sequence of specified inputs to desired or expected outputs to identify bugs when detailed information does not provide the desired outcome.

A tester can try every possible combination and permutation the program may produce by testing at the source code level. You can compile and fix any potential evolving flaws once testing completes satisfactorily.

Developing software includes testing, and White box testing is a valuable method for carrying it out. Even while this testing strategy can be costly and time-consuming, it is still the only method to ensure that you test all aspects of the code. The evaluated application has a significant impact on the complexity involved.

While more extensive programming programs take days, weeks, or even longer to thoroughly test, a small application that executes a single straightforward function may be white box tested in minutes. A software application should undergo White box testing throughout development, after writing, and once again following each revision.

So, get familiar with the code and implement White box testing in full swing!

What are blackbox and White box tests?

Blackbox tests focus only on the system's external behavior; they do not consider the internal workings of the software. During a white box test, a software's internal functioning is taken into consideration.