Code Coverage vs Test Coverage: Which Is Better?

Test Coverage and Code coverage are the most popular methodologies for measuring the effectiveness of the code. Though these terms are sometimes used interchangeably since their underlying principles are the same. But they are not as similar as you may think. Many times, I have noticed the testing team and development team being confused over the use of these two terminologies. Which is why I thought of coming up with an article to talk about the differences between code coverage and test coverage in detail.

Code Coverage vs Test Coverage: How Do They Differ?

Code coverage : indicates the percentage of code that is covered by the test cases through both manual testing and Selenium or any other test automation framework. For example, if your source code has a simple if…else loop, the code coverage would be 100% if your test code would cover both the scenarios i.e. if & else.

Test coverage : includes testing the features implemented as a part of the Functional requirements specification, software requirements specification, and other required documents. For example, if you are to perform cross browser testing of your web application to ensure whether your application is rendering well from different browsers or not? Your test coverage would be around the number of browsers + OS combinations over which you have validated browser compatibility of your web application.

Code coverage is performed by developers during unit testing to verify the code implementation in such a manner that almost all the statements of code are executed. Most of the code coverage tools make use of static instrumentation where statements that monitor the execution are inserted at necessary locations in the code. Though the addition of instrumentation code results in an increase of overall application size & execution time, the overhead is minimal when compared to the information that is generated via the execution of the instrumented code. The output consists of a report that details the test suite’s test coverage.

Why You Should Perform Code Coverage?

Unit tests are primarily used to test the code at an individual unit level. Since unit tests are written by the developer himself, he has better visibility of the tests that should be included as a part of unit testing. Unit testing helps improve the overall quality of the software, but there will always be a question about the number of tests that comprise unit testing. Are there enough number of test scenarios in the test suite? Should we add more tests? Code coverage is the answer to all these questions.

As the product development progresses, new features, as well as fixes (to the bugs raised during testing) are added to the release cycle. This means that the test code may also require changes in order to keep it updated with the software changes made during development. It is important that the testing standards which were set during the start of the project are maintained with subsequent release cycles. Code coverage can be used to make sure that your tests are meeting those standards and the best quality code goes into the production phase.

Higher the percentage of code coverage; the lower are the chances of having undetected bugs. In some organizations, the quality team sets the minimum amount of code coverage that needs to be achieved before the software is pushed to the production phase. The primary reason for the same is to reduce the probability of bugs being detected at a later stage of product development.

How To Perform Code Coverage?

There are three major types of instrumentations

Depending on your test requirement, you should choose the right code coverage tool and the best instrumentation approach supported by the tool.

How To Perform Test Coverage?

Like Code coverage, Test coverage can also be evaluated through different types of testing. However, which type of testing should you follow, depends entirely on your business proposition For example – In user-centric web applications, there might be a case where the UI/UX tests are of higher priority over functional tests whereas in other type of applications (e.g. banking, finance); usability tests, security tests, etc. might be more important.

Some of the test coverage mechanisms are below:

In the case of code coverage, the measurement metric is the percentage of code that is tested through test cases/test suites. Hence, the test results can be quantified i.e. Out of 100 LOC (Lines of Code), the code coverage was 80 lines. This means that the code coverage is 80%. The results of test coverage cannot be quantified since the tests are performed to verify the functional requirements. You can also come up with black-box tests that can test more than one requirement in a single test e.g. In order to test the failure scenario in a simple email login-page, you can write a test case that enters an email address without @ symbol than try to proceed with the login. This would test the functionality of the login page and also check if the logic for verifying the format of the email address is working as per the requirement.

Though there are many other tools/test frameworks using which developers/testers can write test code, JUnit & PyUnit are the most popular testing frameworks for their respective programming languages.

Code Coverage vs Test Coverage; Which One Should You Follow?

The million-dollar question is “Which one of these is best suited for your project”?. There is no definite answer to this question as the solution depends on the type & complexity of the project. In most cases, test coverage and code coverage are used since they are equally important in software projects.

Shortcomings Of Depending On Test Coverage

How Much Coverage Is Enough?

More the number of tests; the better would be the quality of the product. There should be frequent communication between the design, development, and test teams so that every stakeholder has detailed information about the activities involved in the project.

The test team should spend a good amount of time in understanding the overall requirements and prioritize the test activities. In order to keep track of the progress, they should have a checklist that should be updated on a periodic basis (at least after every release). It is important that the test team also has frequent communication with the Quality Assurance (QA) team since they have details about the target (test/code) coverage that has to be achieved for the product/project to be released to the client/customer.

To summarize, there is no specific thumb rule which mentions the minimum percentage of code coverage or test coverage that needs to be achieved while testing the product.

How Do I Ensure Maximum Code Coverage And Test Coverage?

One way in which you can attain better results through testing is by incorporating automation into the test plan. There is no way that the complete testing process can be automated, so you have to come up with a plan. The plan should highlight test activities that have to be performed manually and via automation.

Coverage is a useful metric but its scope is limited. There is no ideal way in which you can measure the effectiveness of the efforts spent on testing. It is a known fact that 100% coverage is only a myth.

A holistic approach that encompasses different types of testing e.g. automation testing, integration testing, manual testing, cross browser testing, etc. would be extremely useful. It helps you measure the effectiveness of different tests and test systems in a single place.

One thing you would want to make a note of is to never assume that your code changes are bug-free on the basis of a 100% code coverage. The reason being, a 100% code coverage represents that every line of code is covered through your automated test scripts. However, we need to take into account the false negatives and false positives, that may sway us from the reality of our added code. Also, there would be some of the code in your web-application that may be untested. You need to ponder around the untested code. Either remove it if it is from an archaic release or have it tested if it is from a recent hotfix that missed the documentation.

Code coverage is a white-box approach, whereas test coverage is a black-box approach to testing. Depending on the requirements and scope of the project, you should choose test coverage/code coverage/test coverage & code coverage. You should prioritize the test activities and assign a tentative deadline with each activity. Irrespective of the methodology being used, it is important to achieve a higher level of coverage since that would indicate that the code and product features are tested to a good extent. Cheers! 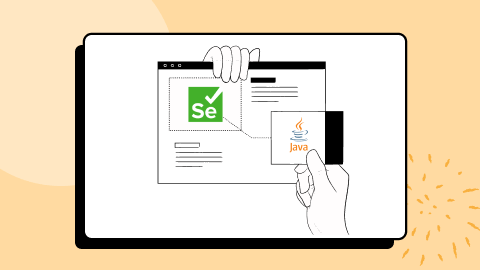 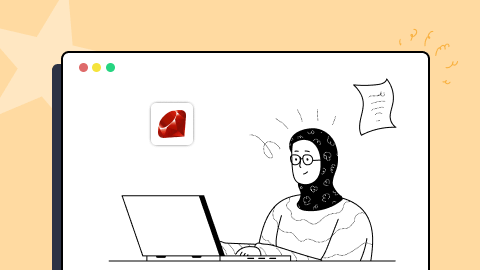