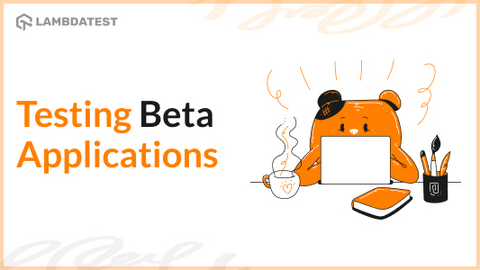 The technological world has become extremely dynamic, with changes happening frequently. The market is competitive, and people have many options to choose from. Such a competitive market leaves no room for mistakes for the developers, testers and business owners. Businesses need to be extremely careful and ensure that their application is defect free. Beta testing apps is like a soft launch where your real users get to try the application and then tell what needs to be added and removed.

Beta testing apps ensure that the application you develop aligns with the user’s interest. It is a method to validate your idea and ensure that you move in the correct direction. We have crafted this post to inform you of this interesting concept of mobile app beta testing, why it is so important today, how to perform it, and some of the best practices to follow while in the process.

Releasing a new app or a feature to an existing app can be stressful. As a result, most organizations skip beta testing apps for new features and directly launch the application. However, when it comes to mobile application development, beta tests must be planned as soon as the acceptance test is completed.

Why Is Beta Testing Apps Important?

When the developers and testers are satisfied after testing the product in the alpha testing phase, they release it for beta testing. So, the first question is, is this process important even after people from the organization have tested it manually after being tested multiple times?

The greatest strength of the beta testing apps is that we get to know the user’s perspective even before releasing the product. Since this testing is done outside the testing environment with parameters on the will of a beta app tester, you get extremely accurate performance results. Also, apart from these obvious reasons, beta testing apps can help you in a few more ways. 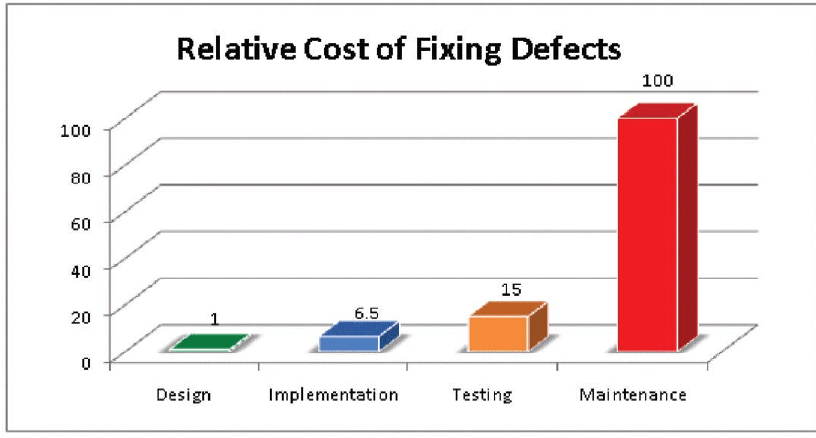 Production bugs are always costly to correct. With beta testing, you can easily identify and rectify these bugs in the testing environment.

A good app beta testing platform should allow you to:

Now that we have read about the benefits of using an app beta testing platform, let us see the steps involved in mobile app beta testing. Performing mobile beta app testing is a very simple process. There are just two sets of people involved – the developers & testers who need to analyze the application behavior, the beta app testers who just have to use the application regularly.

The following needs to be kept in mind while beta testing apps:

Once we have the design ready, we move to the planning phase. The planning phase lays down the step-wise structure of moving forward with beta testing apps. Considering the application and its business goals, we need to segregate different sections very clearly while moving ahead with careful analysis. For example, we need to jot down the timelines for which we will run each phase of beta testing. What kind of questions are we looking to ask the beta testers? How can we minimize the incorrect data from the beta testers? Or what type of beta testers do we want – random, technical or any other specific group?

The next step is finalizing the beta testers for your application. Since you have already planned what type of beta testers you are looking for, you just need to find or develop a platform to connect them with you. There are many web applications made just to connect you with the right set of audiences.

4. Make your pool of testers

Now that you have reached out to all the potential testers, wait for them to reply and accept your proposal. Send your mobile app beta testing link on Play Store/Apple Store or downloadable link to them and inform them of all the things you are looking for. Also, note that you don’t need to tell the beta testers everything you have planned to analyze here. This might temper the data, which can result in poor quality applications.

5. Take feedback – Work on them

The next step is taking continuous feedback from the beta testers and working on them regularly. This feedback can be constructive or destructive, but it will surely help shape your application according to the target audience. Also, remember that you don’t need to work on each feedback. You only need to consider the feedback that falls under your design and meets the business goals. If you have an eCommerce application that sells books, then feedback for uploading more products should not be considered. This is purely a business and marketing decision. Beta testing should find out missing bugs, enhance the business goals and improve the quality of the existing application.

Once you complete beta testing apps (or maybe in between), you can reward your testers in whichever way you want. You can either give them coupons or a sneak-peek at the latest features before everyone else. This topic will be revisited in the next section in detail.

Taking the above steps with reference, we can follow a few best practices of beta testing apps to improve our overall testing process. These best practices are listed below.

☑️ Always decide the number of testers beforehand: The number of people who test your application before release plays an important role in beta testing apps. Too low and you don’t get results that can drive your functionalities in any direction, too high and the data gets corrupted with inaccurate results and a wider distribution curve. Many organizations press on taking the beta testers between 300 to 500.

☑️ Try to host your beta app on the authorized platform: Installing from non-authorized application hosting platforms gives a security warning in the Android running devices as follows: 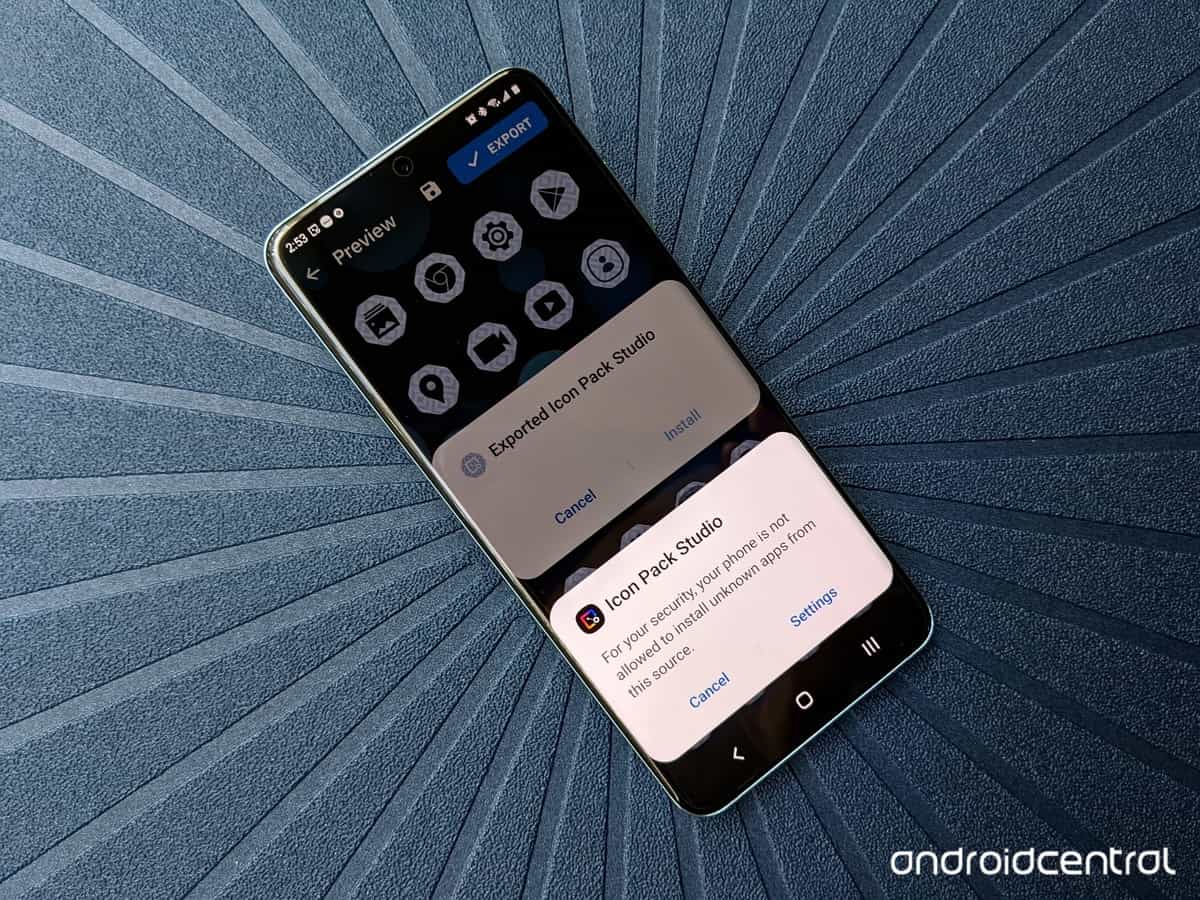 The application is then required to be forcefully installed by allowing third-party apps from the settings. This warning often creates suspicion among beta app testers. Since your application is not authorized, they can fear foul play or virus injection and refrain from continuing beta testing. Google play store offers a separate section for hosting beta apps and has always been very vocal in advising never to install apps from unknown sources. Developers and testers should take advantage of the beta section to gain trust from the developers and not miss out on good testers.

☑️ Ask for additional comments: A good practice in mobile app beta testing is to ask for additional comments, suggestions or features that the tester would love to see in the app as a user. You do not have to consider all of them and stick to the business goals, but a few will surely be considered for the next phase. For example, if your application gives credits for the purchase and currently you do that after the delivery of the product, you might get a suggestion of doing it instantly. This enhances user experience and is considerable. This practice becomes even more important if there already are applications in the same niche to stay in the race.

☑️ Do not overload the testers with big forms: Forms are the main source of getting feedback from the testers during the mobile app beta testing. Forms are said to increase the friction with each field. Beta app testers may abandon the form or provide incorrect data just to end the process. Such actions will affect the quality of the application. Always construct smaller forms, preferably with MCQs and an optional text field for the user’s input.

☑️ Remember good testers: Good beta testers are an asset to your organization. They help you find genuine bugs, give honest opinions and improve the quality of the application just like an employee. When you notice a few testers in your pool doing great work, it is important to keep a record of them in the database. In the future release or any other application, you can again take these efficient testers and save much time recreating your pool.

☑️ Acknowledge the testers regularly: A little while back, I used to work on the Google Maps contribution section creating a database of places with great details and images/videos. Like any other application of Google, it was a long process in development. To keep encouraging the contributors, Google used to pay special travel coupons that kept everyone motivated.

This small gesture works wonders with beta app testers as it encourages them to provide genuine feedback from their side and feel they are part of the overall process. This is important for collecting accurate data from them. Once they feel they are doing a favor, the data gets corrupted. So make sure they are acknowledged from time to time. The acknowledgements need not be monetary or coupons.

☑️ Put A/B testing into the mix (low priority): A few organizations mix beta testing apps with A/B testing to ensure which option people would like the best. Often a beta app tester is uninformed about it, and only his actions are observed. If the developers and testers in the organizations feel there has been an increased interaction with the module they were testing, it goes into the final release.

A/B testing, if done, should be done phase-wise. Start with colors on a couple of buttons or links, and then after finalizing them, move ahead with other modules. Testing with drastic changes can create confusion as to which option led to increased interaction from the user. So instead of providing a new look to the application, make minimal changes. A beta app tester shouldn’t even notice the changes. This method is not so popular in beta testing apps because the pool size is too small. A/B testing is better analyzed after the application has been released and millions interact with it over a long time (like a month).

From this post, I hope you have understood the importance of beta testing apps, the benefits of app beta testing platforms and how to perform beta tests. You cannot risk a misaligned CTA button position in such a high competition. So, after this careful analysis, what’s next to beta testing and alpha testing? Is there gamma testing too?

Actually, yes, there is. Gamma testing is the final stage when the employees test the application once it is ready for release. They do not test for the overall functionality, nor is any QA activity involved. The people just focus on specific specifications and technicalities. If there is any feedback, they are noted down for the next releases. There is no update on the locked application after beta testing unless there is a high priority bug.

The next step is the beta release to the entire world or releasing the stable version instead. Both work fine and are completely dependent on the developers, marketing, analysts etc. If there is any feedback, they are implemented, and then the complete cycle starts again.

I hope this post took you through the depth of beta testing and provided deep insights into how to do it and the best practices to follow. For any suggestions and feedback, please comment down below.

What is Android app beta testing?

Android app beta testing is the phase of the application development cycle where a group of beta testers test your native Android application in a real-world environment and share their feedback.

What is iOS app beta testing?

iOS app beta testing is the phase of the application development cycle where a group of beta testers test your native iOS application in a real-world environment and share their feedback.

How long is beta testing performed? 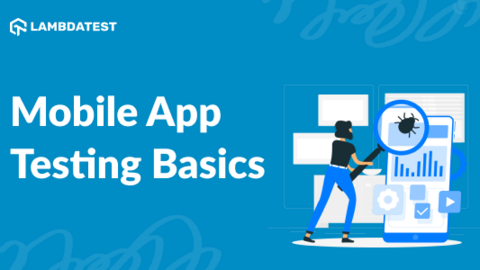 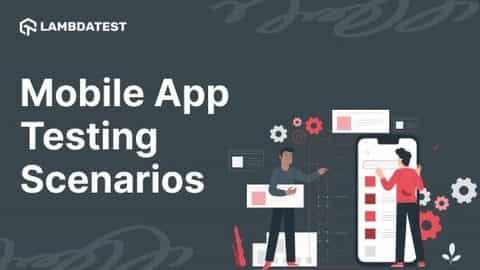 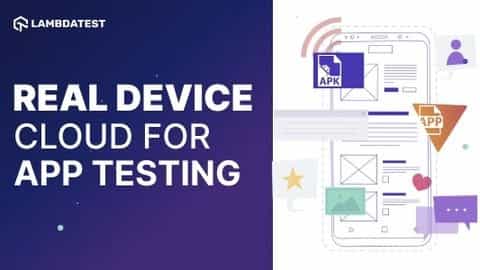 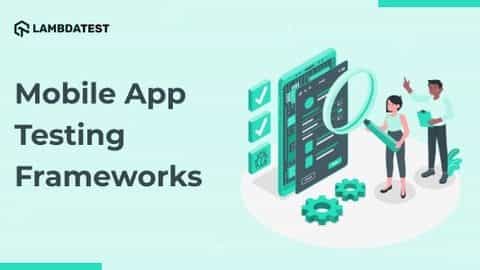