15 Advanced CSS Techniques To Master In 2021

CSS is used to describe how HTML elements should be presented on the web page. CSS can not only provide colors, positions to the HTML elements, etc. but also create animations and amplify your web page. Developers and web designers are intrigued by ways to try out advanced CSS techniques and contribute to the advancement of what CSS can do. CSS is becoming more dominant and now provides many opportunities to create engaging and browser compatible websites.

This CSS tutorial of advanced techniques will look at some advanced CSS tricks and techniques that will help you master your modern web design and web development skills in 2021.

While taking care of our responsive web design, we need to ensure that our grid is responsive. Responsive CSS grid is an advanced CSS trick and technique that offers different ways of creating a customizable grid irrespective of the device. Most reliable thing is that the CSS grid operates with equal or unequal column sizes.

CSS background is one of the most advanced CSS techniques; however very rarely used by developers. Using multiple backgrounds is still not well known across all developers.

By default, a background-image is repeated both vertically and horizontally.

Let’s evaluate the browser compatibility of the background-repeat property on different desktop and mobile browsers. 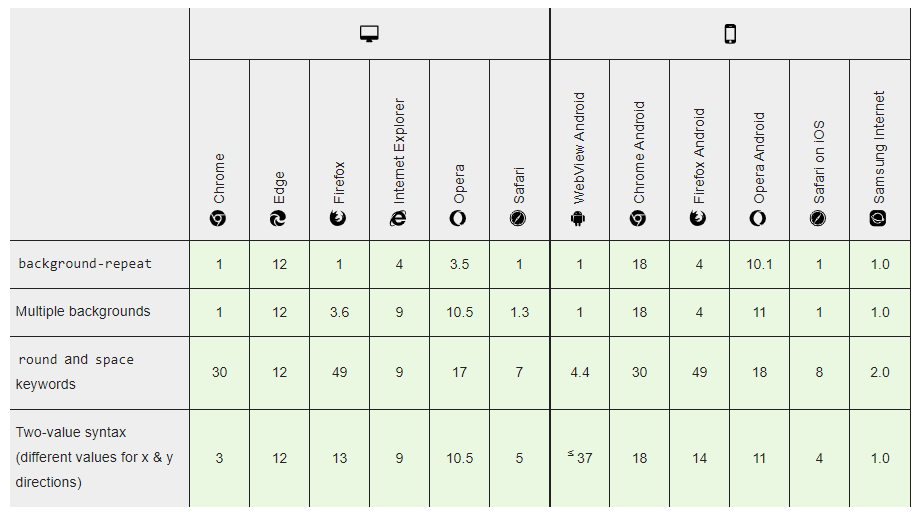 Let’s say you want to use an image but only want to show certain parts of it. You can achieve this using the mask-image property. CSS masking is an advanced CSS technique that allows you to define a mask shape applied to the image. Anything that appears outside the mask shape is cut out, and the rest is presented. It works pretty much the same as masking in Photoshop.

Masking can be performed in two ways, Masking using gradients and Masking with images.

The 1st part is the image’s original image, and the second part is a masked image with a linear-gradient.

In the below image, 1st part is the original image, and the second part is a masked image with radial-gradient. 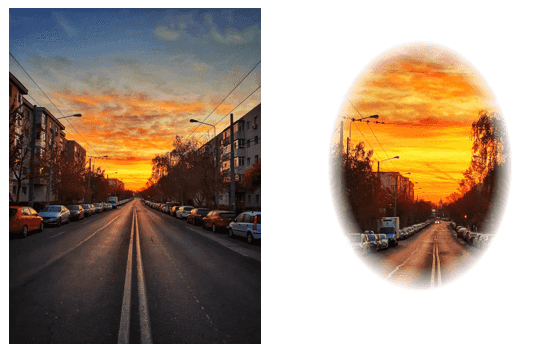 In the below example, a background image is used to mask an image in the selected camera cutout shape. 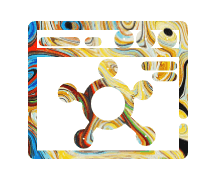 Let’s evaluate the browser compatibility of the mask-image property on different desktop and mobile browsers. 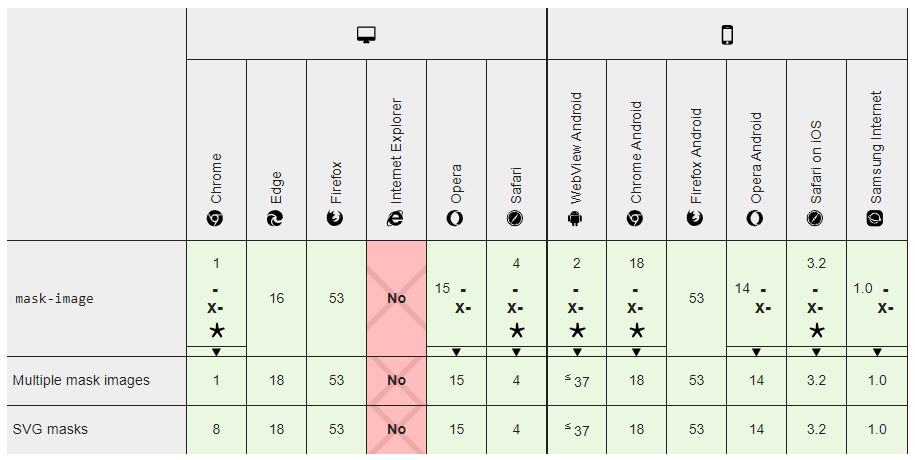 Zoom on hover is an advanced CSS technique that is used to make web pages more attractive. The zoom-on-hover effect can be used in galleries, selling products where you need to enlarge the image to have a better view.

The CSS transform property is used for the enlargement of images with your selected scale amount.

In the above example, the image zooms in on hovering.

The above example shows scroll-snap-type along the Y-axis with mandatory value.

Let’s evaluate the browser compatibility of the scroll-snap-type property on different desktop and mobile browsers.

Shape-outside is an advanced CSS technique that lets you change the shape of the items wrapped around it instead of being restricted to a rectangular box.

Let’s evaluate the browser compatibility of the shape-outside property on different desktop and mobile browsers. 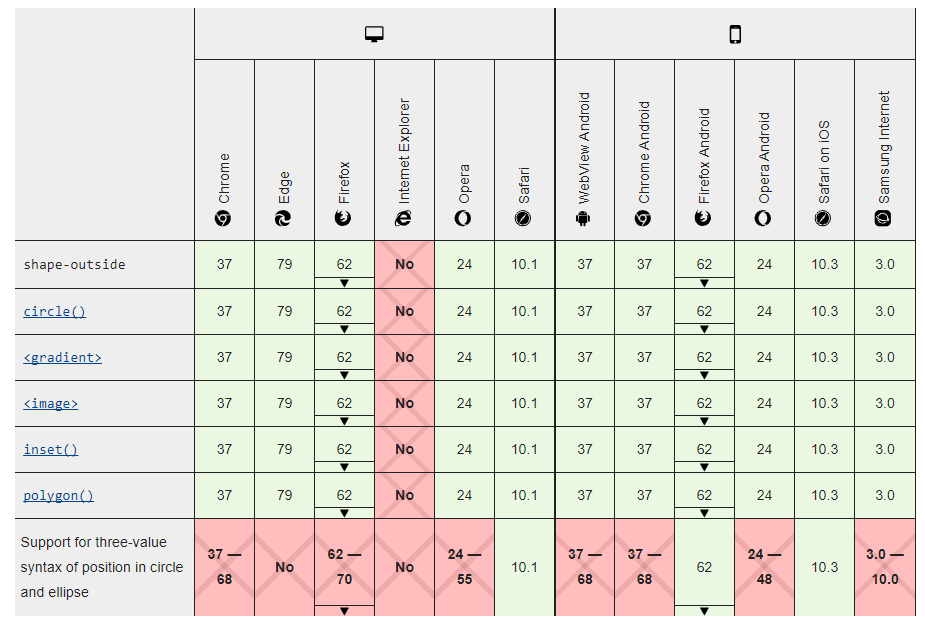 Variable fonts are the built-in latest upfront. It’s a single file that comprises every version of a font that a user will need to view the design. While there are only a few lists of variable fonts to work with, it is growing, and this is where we are going with type on the web.

To implement variable fonts, we must select a font that supports the feature and a browser that has implemented the font-variation-settings property.

Let’s evaluate the browser compatibility of the variable fonts on different desktop and mobile browsers.

The initial-letter CSS property spontaneously adjusts the number of lines needed to create the stylized drop and the font size.

Let’s evaluate the browser compatibility of the initial-letter property on different desktop and mobile browsers.

The Logical Properties and Values specification identifies mappings for physical values in their logical relations.

The inline dimension is defined along a text line and is written in the type of writing used. So, in any English file, the narrative is horizontal. From left to right, in an Arabic document, writing is also horizontal but from right to left. If we consider a Japanese file, the inline dimension is now vertical, and the writing mode runs vertically.

The block dimension relates to the sequence in which the blocks are seen on the page. In English and Arabic, they are executed vertically, while in any vertical writing mode, they are run horizontally. 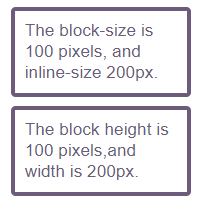 Let’s evaluate the browser compatibility of the Logical properties on different desktop and mobile browsers.

CSS Subgrids means that in addition to the direct children of a grid container becoming a grid item, we will be able to create a grid on a grid item and have it use the column and row paths of the parent. This means, for example, that you could create a multiple-column grid for your page and use that to line up items nested in the markup.

In the above CSS syntax, the parent element is set to display: grid, which means there is a four-column grid. The child item with a class of item is placed on the grid from column line 2 to column line 5, which means it occupies three tracks of the parent grid. By using the value subgrid in place of a tracklisting for grid-template-columns on the child item, we tell its grid to use the tracks from the parent. Therefore, any child of an item will use the sizing of column tracks as defined on the parent grid.

There are very few techniques available to vertically center elements in CSS. It has been a pain point for many developers. Vertically aligned with Flexbox is an advanced CSS trick and technique by which developers can align effortlessly with the align-items, align-self, and justify-content properties.

Let’s evaluate the browser compatibility of the vertically-align property on different desktop and mobile browsers.

As SVGs are supported by all new browsers and scales across all resolutions, it’s recommended not to incorporate PNGs images for icons and logos.

Let’s evaluate the browser compatibility of SVG on different desktop and mobile browsers.

Smart quotes is an advanced CSS technique that aids in modern web design by increasing readability and delivering a great user experience.

Comma-separated lists is an advanced CSS trick and technique to represent the data in bullet point format which helps to display the content in an organized way. Nowadays it is used by many developers.

The CSS code shown below will add commas on every item of an unordered list, excluding the last one. It can be done by using :not(:last-child) to ensure that a comma will not be applied to the last element.

CSS has even created a method to test for its browser support of CSS features with Feature Queries. A Feature Query is an advanced CSS trick and technique that usually acts the same way as a Media Query, except for a few things like instead of asking the browser something related to the device being used to view the site. A Feature Query questions the browser if it supports a particular CSS feature or not. Thereby making it easier to use new features in a better, increasingly enhanced way.

LambdaTest enables you to check CSS across browsers seamlessly over desktop and mobile by performing cross browser compatibility testing.

In the below screenshots, we will implement different CSS properties over the Netlify platform and try to access them on different browsers. 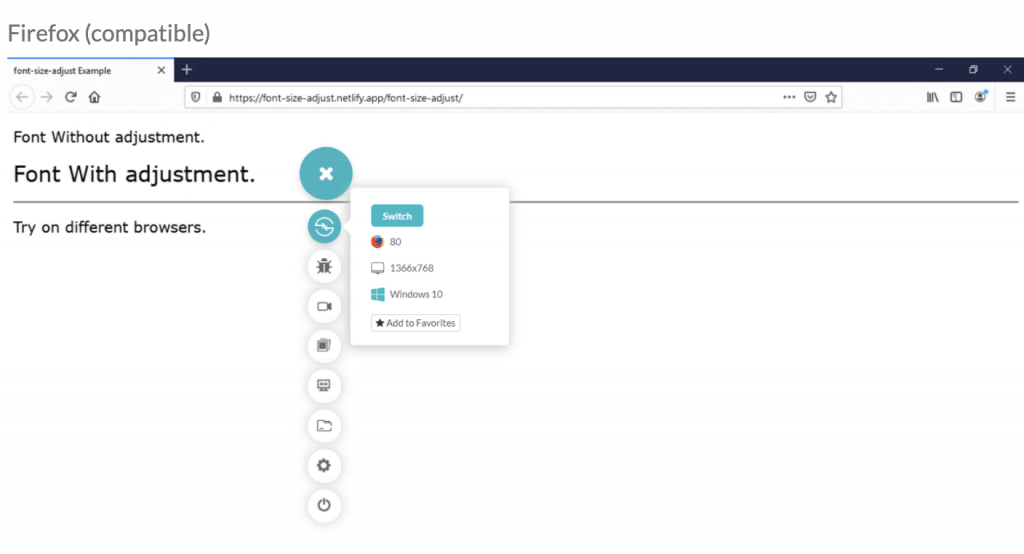 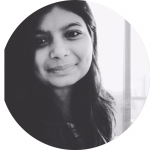 Nimritee works as a Technical Writer at LambdaTest. Passionate about various technologies and tech trends, she is always keen to explore unique aspects of web development & web testing.

Nimritee works as a Technical Writer at LambdaTest. Passionate about various technologies and tech trends, she is always keen to explore unique aspects of web development & web testing. 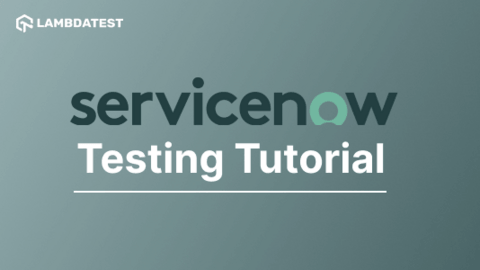 An Overview Of Conducting ServiceNow Testing 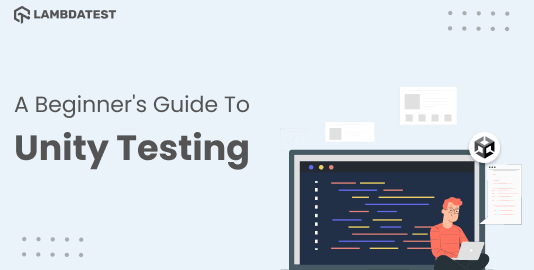 A Beginner’s Guide To Unity Testing 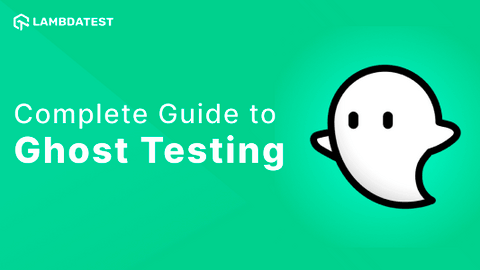 Getting Started With Ghost Testing

A Beginner’s Guide To Netlify Testing 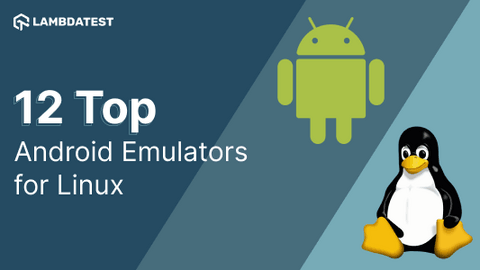 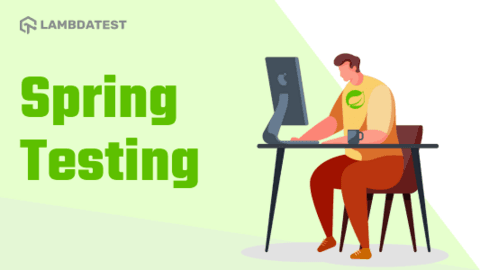