In a decade, the need for software development has evolved drastically. The software has become a key differentiator for companies to gain a competitive edge, especially if your company falls under the SaaS umbrella. From the implementation of traditional processes such as a waterfall in their SDLC, organizations are now transitioning towards Agile in order to deliver software at a faster pace in the market. To cope up with RAD(Rapid Application Development), we have witnessed numerous new approaches such as CI/CD, DevOps, Shift left testing to build, develop and optimize software delivery. Even so, trying to maintain both quality and speed is a real challenge, and testing methodologies can either aid or downshift this whole acceleration process. Today, we are going to look into the importance of Continous Testing in DevOps. In this article, I will be talking about what continuous testing is all about? I will also help in clearing the fog around the myths associated with continuous testing. We will also be touching the challenges involved in continuous testing in DevOps, and best practices to help you execute the continuous testing process as a professional. Without further ado, let us deep dive to understand the role of continuous testing in DevOps.

Continuous testing is a end-to-end quality maintenance process in which teams carry out a broad range of automated tests on an ongoing basis. Simultaneously, analyzing various business risks associated with the latest software development and providing the developers with quick feedback. This feedback helps to identify defects and errors at a very early stage and encourages developers to optimize their code during successive stages of the SDLC (Software Development Life Cycle).

Conventional testing techniques depend heavily on manual testing, and automated tests requiring regular updates which may hold back the speed of the delivery process. This is where modern-day methodologies such as Agile, DevOps, Continuous Integration and Continuous Delivery steps in.

Implementing continuous testing in DevOps can be fruitful in the following ways:-

Challenges With Continuous Testing In DevOps

So as to move quickly and deliver faster results, we have to guarantee that we are building the correct product from the very beginning. Revamping the production for a bug fix is never considered as an easy task, as defects found later in the pipeline can be expensive to fix. Rather, testing in a right manner with a synchronized delivery process, (CI/CD, DevOps), testing methodologies (API testing, service virtualization), stable test platforms and automating functional as well as non-functional aspects of testing, must be adopted.

Merging the traditional disconnect amongst teams, testers and developers can learn and execute successful automation scripts with the right expertise, and optimize the software architecture easily.

Continuous testing in DevOps is a major(not the only) way of continuous quality. It is the step towards a product of higher quality through continuous delivery.

And once continuous testing in DevOps is achieved, an ideal opportunity to consider different ways that don’t include running tests to recognize defects or issues, however rather, keep defects from ever being coded, arises. This way, developers are encouraged to build the defect-less optimum product right from the start. 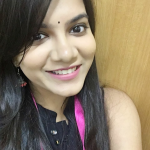