Organizations across the globe are implementing functional testing and unit testing for proper software development. Although these tests are necessary, organizations should not focus solely on them.

Before a release, a software application undergoes various operations like extensive testing, iteration, and exception handling to identify bugs and make the software business ready. Integration testing is a primary phase of the software testing process when testing is done at the development stage.

Integration testing is an approach where different components or modules of a software application are tested as a combined entity. You can run integration tests seamlessly regardless of whether one programmer or other programmers code these modules.

This tutorial will give you an overview of integration testing, its importance, types, techniques, and how to perform it.

What is Integration testing?

When separate modules are combined and tested as a whole, this software testing phase is referred to as integration testing. It takes place before the verification and validation process and after the unit testing.

What makes integration testing essential is its ability to check the behavior of different units of a system altogether. When these units are taken individually, they function correctly with almost no errors, but when they are brought together, they uncover incorrect behavior if that exists.

Integration testing is crucial because it's done at an early stage of development and helps prevent serious issues that may arise later by costing high fixing measures. You should run integration tests every time you change the existing code.

What is the purpose of Integration testing?

Initially, software testing was not dependent on integration testing, and nobody had ever thought about building an advanced testing phase with the capability of finding issues during the development process. But with the growing digital sphere, the demand for integration testing has increased.

Here are some major reasons why integration testing is crucial:

Integration testing helps expose any defects that can arise when these components are integrated and need to interact with each other through integration tests.

The incremental approach is carried out by two different methods: 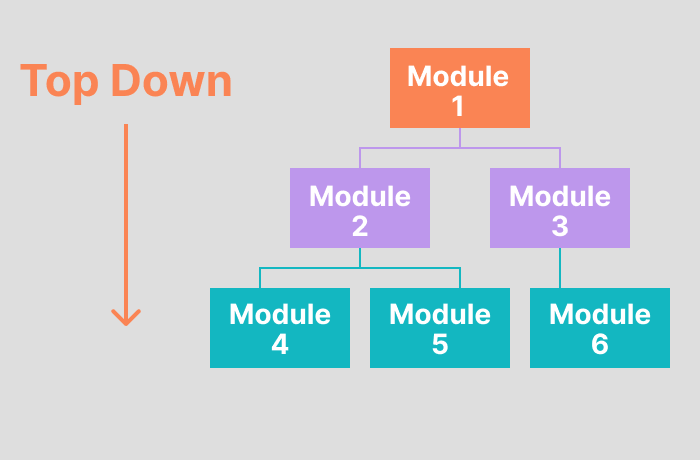 Bottom-up approach involves testing bottom-level units first, followed by the upper-level units testing. In the bottom-up testing approach, test drivers are needed to simulate higher-level units, which may not be available during the initial phases. 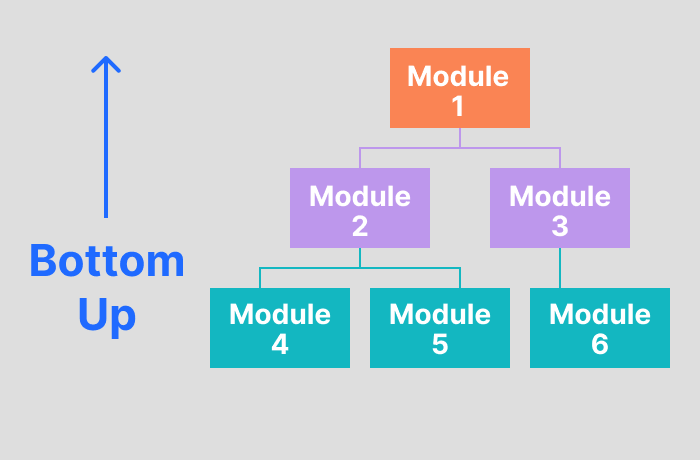 Difference Between Stubs and Driver

The Sandwich testing approach is known as "hybrid testing" because it combines top-down and bottom-up testing approaches. In this strategy, the low modules are tested in conjunction with the higher-level modules and vice versa. This strategy uses both stubs and drivers. 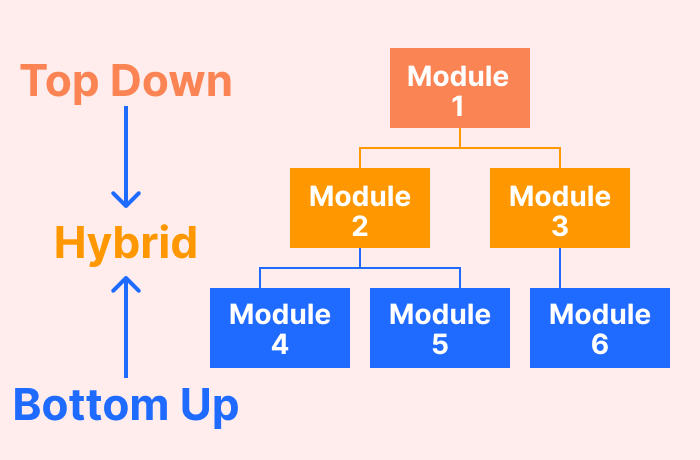 In this non-incremental testing approach, all the developed modules are tested individually and then integrated and tested once again. This is also known as big bang integration testing.

This type of integration testing involves coupling most of the developed modules into a larger system, which is then tested as a whole. This method is very effective for saving time. Test cases and their results must be recorded correctly to streamline the integration process and allow the testing team to achieve its goals.

How is Integration testing done?

When the system is ready and the units are successfully tested individually, they can be integrated and tested. The complete process of integration testing includes several steps and has a range of frameworks and continuous integration.

Here's how you can perform integration testing-

Integration testing has both entry and exit criteria that one should know before starting.

These are the steps of how LinkedIn works and how Integration test cases are included in testing.

Integration testing usually doesn't require specific tools. These tests are often run manually by QA teams. In most cases, it happens in parallel with the development process, which is the most efficient approach.

First, individual software units are created, and then these units are checked by a development team. After successful checks, QA engineers start combining different units and inspecting them, focusing first on the interfaces and then on the connections between these units.

QA engineers don't require specific tools to inspect these features, even if they are separate.

Devs and testers can also leverage LambdaTest’s HyperExecute - an end-to-end test orchestration cloud to run automated tests at a blazing speed of up to 70% more than any other traditional cloud grids.

Selenium: Selenium is the leading large-scale open-source test automation framework to automate integration test suites for your web applications. Here are some primary features and highlights that make Selenium a top-popular tool:

Pytest: Pytest is widely used for writing and running test code for Python automation testing. It can also scale up and works perfectly while testing complex libraries and applications. Here are some amazing features that make pytest an excellent choice for automated integration testing:

RFT: RFT stands for IBM Rational Functional Tester. It is a popular tool that makes creating scripts that mimic the behavior of human testers easy. To enhance your testing experience, IBM offers different other software solutions that you can integrate with RFT.

Not just maintaining test scripts, RFT provides a couple of different features as well; these are:

VectorCAST: The VectorCAST software testing platform is one of the best in the market to automate testing activities across the software development lifecycle. Advantages of using VectorCAST are-

Embedded developers can use this highly automated unit and integration test tool to validate business-critical embedded systems and safety.

LDRA: LDRA drives the market for software tools that can effortlessly automate code analysis and testing for safety, mission, and business-critical needs. With LDRA, you get-

Like any other testing technique, integration testing also has some challenges that testers and developers encounter. These challenges include-

Before starting your integration testing, you should follow or implement a few best practices.

The main objective of integration testing is to ensure that the entire software system works flawlessly when it is put together. During the unit testing phase, if any critical aspects are overlooked, they are highlighted and, in turn, can be corrected before the final launch.

What is the main purpose of integration testing?

Integration testing exposes faults in the interaction between integrated units or modules/components. It begins after unit testing has been completed for all modules.

API testing takes place at the message layer without a GUI. As part of integration testing, it determines whether APIs are reliable, fast, and secure and meet the testers' expectations.