Software Testing has become a non-negotiable, if not the most crucial, aspect in software success as the world seeks software/applications for everything. Over the past years, Test Automation has proved to fasten the software development life-cycle. An effective test automation strategy establishes the foundation of success for a software.

A user has a lot of expectations from any software application. Creating an application or software and then releasing it to the public is not a piece of cake. What if it has bugs, fails, does not work as expected? To make things worse, it can face security breaches. To ensure flawless working and security of the software application, automation testing is required.

By incorporating an effective test automation strategy, you can ensure a bug-free application. But, how to implement that? One may think of hiring more testers and moving forward with manual testing instead. But, hiring more testers isn’t cost-effective. Second, manual testing alone can’t possibly figure out all the scenarios or test functionality as deep as automation testing. 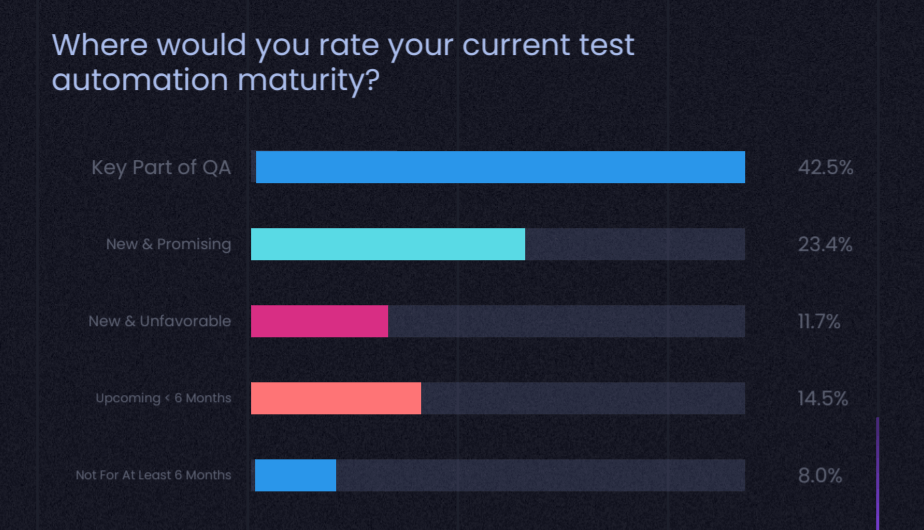 Strategy for a successful test automation

Planning the development life cycle with a strategic test automation can boost the success rate of software. The strategy towards test automation should be result-oriented, defining all the key metrics of the software. 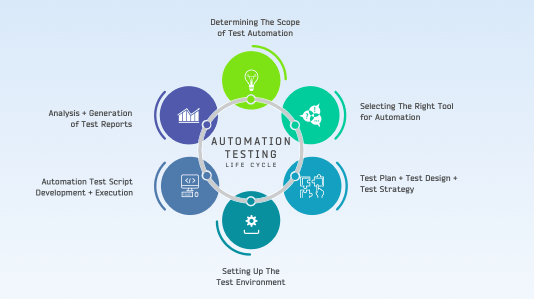 The automation testing life cycle mentioned above is nothing but a list of key elements to an effective test automation strategy. So let’s have a clear view.

We all plan and strategize when we have a goal to achieve. Without a goal or an endpoint, one cannot prepare a strategy. Similarly, an organization or a team works on a software with a goal to achieve. Strategies are developed in order to reach the goal.

The test automation strategy must result in the desired endpoint. Decide on objectives that are achievable. With that in mind, building the testing strategy to achieve the objectives becomes easier. As they say, Destination then Route!

Automation Feasibility Analysis is the first step of the test automation life cycle. It is not possible to automate every software test. As a result, do an automation feasibility analysis to determine which tasks can be automated and which testing scenario you should not automate. For example, you can consider the following aspects to automate –

Automation feasibility analysis analyzes all such scenarios. Basically, it is about figuring out – What tests can be automated?

When the functionalities to be tested by automation are defined, one can decide the right tools and strategy to inculcate. This brings us to land with an effective test automation strategy.

After analyzing the result, when a user wants to achieve and know the possible test cases to automate, the next step is to plan the approach. Let’s say you have an idea of what must be done, and all you have to do now is figure out how to get there. In this case, the first step is to figure out:

Defining the test approach includes allocating the right framework and deciding on proceeding with various testing types. It also includes deciding on the execution order of multiple testing types, such as integration testing, unit testing, etc. This is where the Automation Testing Pyramid comes into the picture. The testing pyramid guides to choose all possible tests to include in the test automation strategy and the order of execution.

Strategizing the execution of different tests, their frequency, role, and time results in better and more accurate outcomes. For example, assume you have developed software that includes a login page. You have used form validations to receive standard inputs from the user. Now, at the time of testing, how will you proceed? What tests will you include?

This shows the importance of automation testing and the correct test approach. It also covers various test case design elements. But before that, setting up a test environment takes higher priority. However, one must know what to test and the respective test plan.

Setting up tools and test environment 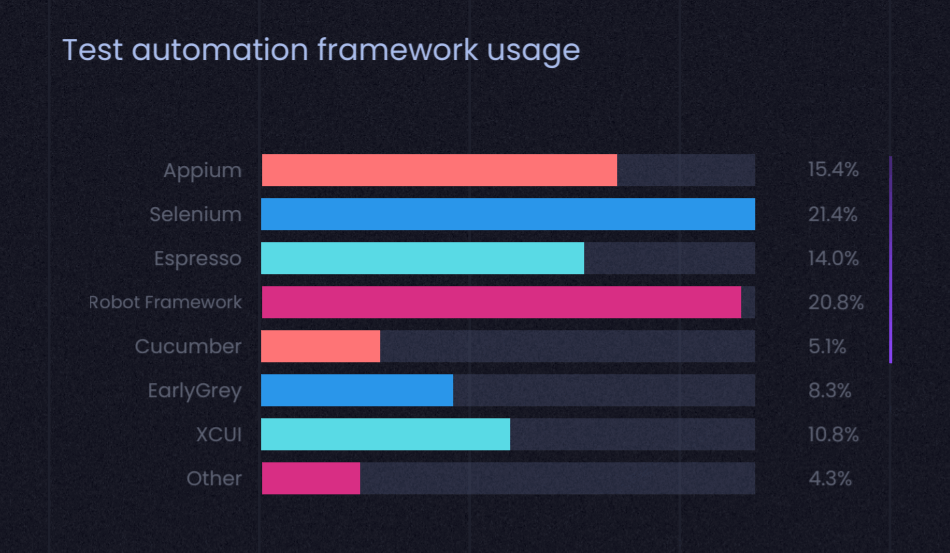 Since a software is to be used on various platforms, it’s always better to choose the tool type that supports testing on most of the platforms and environments.

Plan and research as to which tool can help you achieve better results, code and test coverage, prove to be the most cost-effective. Considering all the points, choose the one as per the requirement.

From the first three points, you can decide on the right set of automation tools based on your team’s compatibility, budget, software requirements, and test approach. The fourth key element of an effective test automation strategy is to design the test cases and test scripts.

People often confuse test cases with test scripts. Let us first establish the clear difference between both. What is a test script? Test Script is a program that tests a certain functionality automatically. Test scripts are generally written using a set of commands and some programming. If you are new to automation and wondering how to write your first test script, you can refer to the article on how to write test scripts in Selenium to know more.

What are test cases? Test Cases can be defined as a set of documents that consist of prerequisite conditions, test data values, expected set of results, etc., to carry out automation tests. For each functionality, a separate test case or a set of test cases is required. Each test case is designed to thoroughly test the functionality and pinpoint a bug or defect, if there is any.

A test case consists of several parameters, such as test case ID, description, steps, test data, expected result, test scenario, etc. The clearer and crisp the test cases, the easier it is to test and produce the desired outcome. There are some guidelines to design and write effective test cases; a few of them are listed below:

In case you have zero experience in writing test cases or test scripts, you can always refer to the test cases from other past or ongoing projects.

After writing the cases, it is very important to plan the executions. Knowing when and how to perform automation tests is as important as writing the test cases. Devising a test execution plan includes inculcating top CI/CD tools like Jenkins, defining the steps in which test executions are to take place, and setting up version control.

LambdaTest, as a testing platform, has the feature to integrate various version-control systems along with your CI/CD pipeline. You can set up any of your favorite version control systems with LambdaTest and perform live testing.

It is very important to know the execution priority, as in, execution of individual test cases must take place first, then integration and regression testing should take place. Finally, every change and deployment must be followed by regression testing to confirm the changes are valid and working as expected.

Moreover, a few steps may be taken in or out depending upon the project requirements. Hence, after setting up the test automation tools and writing the test cases, a test execution plan must be devised to achieve the desired testing process and result.

It is better to plan the text execution in alignment with the software development life cycle.

An effective test automation strategy is incomplete without a final touch. As a result, the findings of an automation test determine if functionality or software is working as expected. If it is, voila! Move it to the next step. What if tests fail or catch a bug?

In case the test produces a bug or a defect, there needs to be a proper flow of how it is to be solved or to whom it is to be assigned for further steps. It becomes much easier to handle when proper documentation is done.

A complete end-end documentation includes the test cases, list of tests to be done for functionality, results, result-analysis, assigner, assignee, workflow, etc., in the documentation. The process of including automation testing in a project may seem a bit tedious, but it is proper documentation and decision-making that get the job done better.

The first-time setup and planning of test automation may have loopholes and may also feel like a hectic task, but as time passes and things are learned, pieces fall into place! Once the initial steps are taken, automation testing can generate massive returns for you.

LambdaTest is the tool that gets your job done faster and easier. Along with supporting 35+ automation frameworks and all Selenium versions, it gives you the ability to conduct automation tests on an online device farm of 3000+ browsers and various operating systems.

Moreover, you also get to perform test automation on your real devices. Be it desktop or mobile, Windows, iOS, or Android. With the cross-browser testing feature of LamdaTest, you can perform tests on a wide range of browsers, browser versions, devices, and operating systems.

Do these terminologies, or the test automation process in general, overwhelm you? No worries, LambdaTest also provides 24×7 support. Try LambdaTest with a free testing session now!

What is an effective test strategy?

This comprises the testing aim, new function testing techniques, total project duration and resources, and testing environment. It’s a strategy plan for establishing your testing methodology, what you aim to achieve, and how you’ll do it.

What are the key factors understood before test strategy?

What is test strategy?

A test strategy is a diagram that outlines the software development cycle’s testing technique. From a quality assurance standpoint, the purpose of a test strategy is to give a rational deduction from organizational, high-level objectives to real test operations to accomplish those objectives. 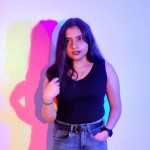 Hi, I’m Swastika, a software Engineer and Freelance writer who loves Web Development and share everything I know around it on Twitter. I also help companies to grow with content creation and advocacy.

Hi, I'm Swastika, a software Engineer and Freelance writer who loves Web Development and share everything I know around it on Twitter. I also help companies to grow with content creation and advocacy.