Beta testing usually comes second in line after completing alpha testing. The main aim of beta testing is quite simple- it tests your software applications on different parameters to get a real-world exposure and check how it feels in real hand.

It can be understood as a customer validation methodology to analyze the level of customer satisfaction with the final product. This evaluation is made by allowing a group or limited end-users to use the product over a period ending up with appropriate feedback.

While beta testing is reasonably common among agile teams, there is still a lot of misunderstanding about beta testing and its benefits.

In this tutorial, we explore what beta testing is, the types of beta testing, and its lifecycle, along with a few examples and best practices.

What is Beta testing?

Beta testing is a type of user acceptance testing in which the end user validates the final product. It is performed at the end of the software testing life cycle (STLC). This validation is done on the product functionality, reliability, usability, and compatibility. Think of beta testing as a soft launch for your application when your early users can only try it out and let you know what needs fixing and what needs to be eliminated.

Product experience gained by the end-users is asked for feedback on design, functionality, and usability, which helps assess the product's quality.

Beta testing of software applications interacts directly with the end user and ensures your developed application aligns with the user's interest. It is simply a testing method to check whether your application is as per the end-user requirement or not.

Why is Beta testing important?

When the developers and testers approve the product in the alpha testing phase, they release it for beta testing to figure out what other changes are required.

In beta testing, multiple purposes are served through all of those initiatives to improve the overall customer experience. Users are now savvy, and they know what to choose.

If you fail to serve a good user experience through your web or mobile application, they will look for other similar apps and will never return.

Through beta testing, you achieve a list of things like- software quality, performance, stability, security, and reliability. Let's talk about these essential factors of beta testing and how these can improve the user experience.

Beta testing is used for various software applications as per requirement. Therefore, it is classified into five main categories:

Since the beta test takes place outside the test environment with parameters set by a tester; the performance results are highly accurate. Apart from these benefits, beta testing can also help you in a few other aspects.

How to create a Beta testing strategy?

Creating a beta testing strategy is not just a crucial step but also the first step before conducting a beta test. It contains the following information:

When beta testing starts, there's no way left to control throughout the testing process; thus, managing the entire beta phase becomes challenging. So, to make managing easy, you should set up forum discussions. In these discussions, allow your participants to participate and give valuable feedback.

However, ensure that you limit the discussions only to the beta aspects of the product for a clear understanding. You can encourage the participants' testers to write specific testimonials on the product after conducting surveys to understand their experience with the product.

In beta testing, end users participate as testers. However, this process is not executed without a specific test strategy. To ensure the accuracy and effectiveness of the testing, the test team follows a set of steps before the testers (end users) begin the test.

When to perform Beta testing?

Beta testing is performed after the completion of alpha testing and before the product is released to the general public. The software product should be completed and stable on any platform, including all the necessary features.

It's imperative to perform beta testing of tech-oriented products since they are platform and process-dependent. Before launching an application, the application must be reviewed against a beta testing checklist. 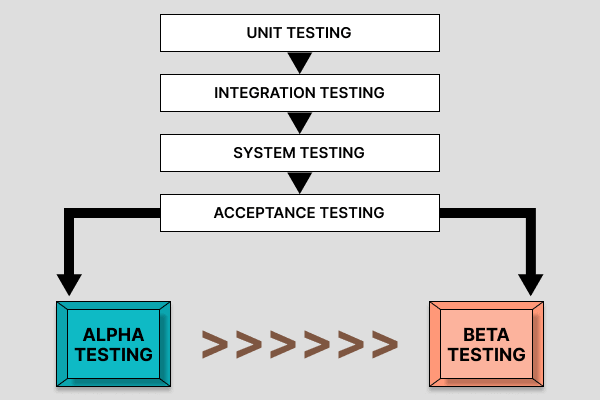 Beta testing reveals the hidden issues or bugs that developers or testers miss. Due to this, the testing phase has several use cases. Some of these use cases are-

Alpha testing and beta testing are software quality assurance techniques that help developers identify bugs in a product before it is released. Let’s see how they differ.

The next steps after Beta testing

Alpha-Beta-Gamma means we have Gamma too. Gamma testing is the final stage testing phase when the test application is released. In Gamma testing, you don't have to test for the overall functionality or any QA activity involved. As a Gamma tester, you must focus on specific technicalities and specifications.

If there is any feedback available, they are noted for any modifications in the subsequent releases. Unless there is no high priority, there is no update on the locked application after beta testing. If everything goes as per the requirement, the application is ready to hit the stores, and the subsequent testing cycle begins.

The best way to avoid maintaining in-house infrastructure is to use a beta testing platform like LambdaTest. With LambdaTest, you can execute all your tests in a secure cloud environment across over 3000 real browsers, devices, and OS combinations.

How to perform Beta Testing with LambdaTest?

Beta testing is not just a great practice but also crucial testing that allows direct interaction between the final product and end-users before it reaches the market. The purpose of beta testing may vary per the product, but the ultimate goal remains the same - products with excellent user experience. Like the test, choosing the right testing platform is also crucial. Well, LambdaTest comes up as a one-stop for all your testing needs.

LambdaTest is a continuous quality testing platform that lets you perform live interactive and automated browser testing on an online browser farm of real browsers, devices, and operating systems online. With LambdaTest virtual testing platforms of emulators, simulators, and real device cloud, you can test mobile web and native apps on an online device farm.

It’s easy to get started with beta testing on the LambdaTest platform. Let’s say you want to do real-time testing of your mobile applications; then follow the steps below. 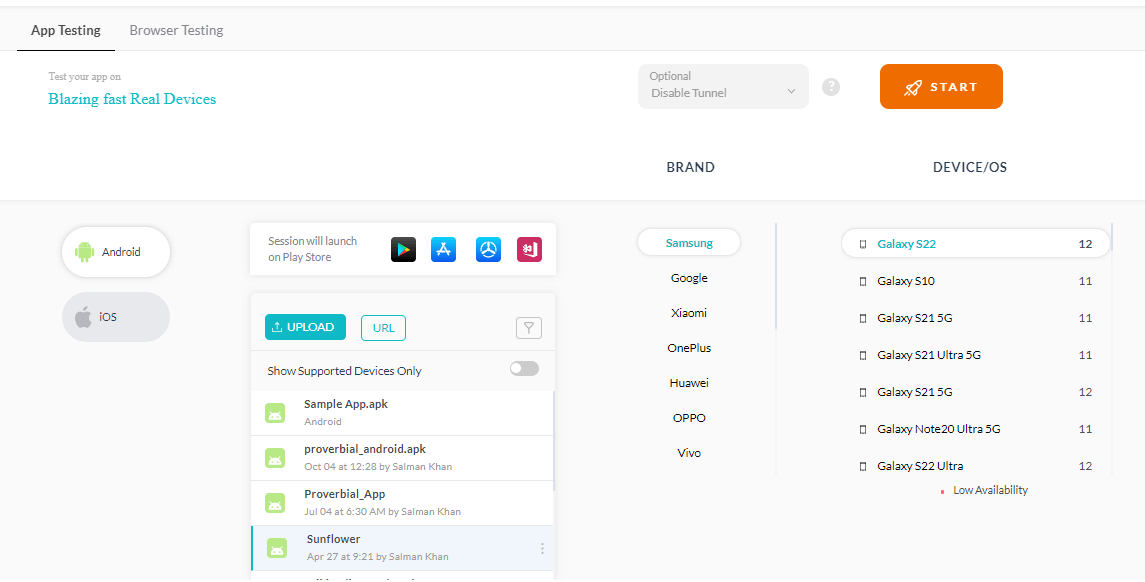 A real device cloud will spin up where you can test your beta applications. 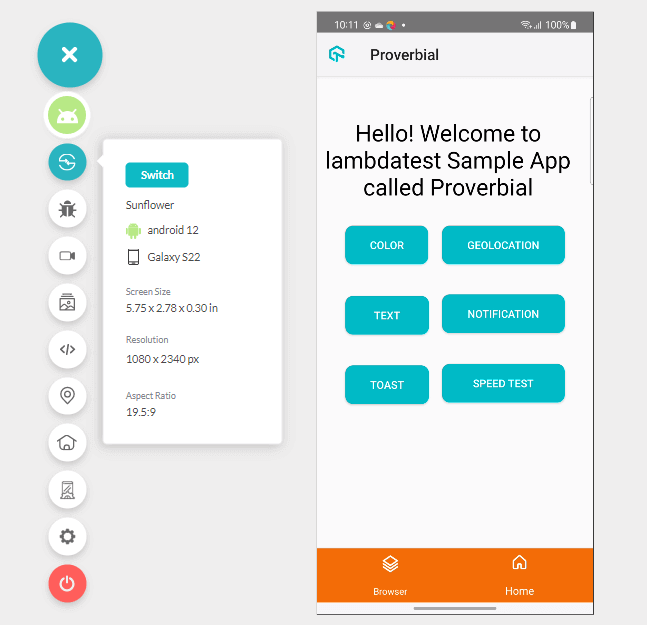 To automate mobile applications using Appium, Espresso, and XCUITest, you can head over to our documentation below: Appium testing, Espresso testing, and XCUI testing.

Go through our below tutorial to get started with real device testing on the LambdaTest platform.

Here are a few best practices that you can include while testing beta applications.

The affordable hosting platform is Google Play Store, which offers a different section for any beta app hosting.

A big form will look hectic, and testers may skip some points or put in irrelevant data to quickly finish it up. It's better to have a small form with MCQ-based questions to comfort testers and get their genuine feedback.

To run a beta test is an excellent means of testing a product before launching it to market with real users. Regardless of the purpose of this testing, the ultimate goal remains the same - to create products with amazing user experiences.

This guide has discussed the importance of beta testing, the benefits of beta testing platforms, how to test beta applications, and their best practices.

What is beta and alpha in testing?

Alpha testing is a way to identify bugs in software before it is released to the general public or real users. It is a part of user acceptance testing. In beta testing, real software application users perform the tests in an actual environment.

What is beta in testing?