How To Perform Web Scraping with Python and Selenium

As per Stack Overflow Survey 2020, Python holds the fourth position in the preferred programming languages category. Moreover, it is supported across a wide range of test automation frameworks, including the Selenium framework. There web scraping with python and selenium is one of the most used combination for smarter data collection and intelligent analysis.

‘Data is the new oil,’ the ever-green quote by Humbly becomes much more relevant if the right methods are used for making the most out of the data. There is a plethora of information (read data) available on the internet, and acting on the right set of data can reap significant business benefits. Putting the right data collection methods in implementation can bring useful insights. On the other hand, incorrect data collection methods can result in obtuse data.

Web scraping, surveys, questionnaires, focus groups, oral histories, etc., are some of the widely used mechanisms for gathering data that matters! Out of all the data collection methods, web scraping is considered the most reliable and efficient data collection method. For starters, web scraping (also termed web data extraction) is an automatic method for scraping (or obtaining) large amounts of data from websites. Selenium, the popular test automation framework, can be extensively used for scraping web pages. You can also learn more about what is Selenium? In this Selenium Python tutorial, we look at web scraping using Selenium and Python.

We have chosen Python – the popular backend programming language for demonstrating web page scraping. Along with scraping information from static web pages, we will also look into web scraping of dynamic pages using python and selenium.

What is Web Scraping

Web Scraping, also known as “Crawling” or “Spidering,” is a technique for web harvesting, which means collecting or extracting data from websites. Here, we use bots to extract content from HTML pages and store it in a database (or CSV file or some other file format). Scraper bot can be used to replicate entire website content, owing to which many varieties of digital businesses have been built around data harvesting and collection.

Web scraping with Python can help us extract an enormous volume of data about customers, products, people, stock markets, etc. The data has to be put to ‘optimal use’ for the betterment of the service. There is a debate whether web scraping is legal or not, the fact is that web scraping can be used for realizing legitimate use cases.

Use Cases for Web Scraping with Python

Here are some of the valid (or authorized) use cases of web scraping in Python (and other Selenium-supported programming languages):

Read More– Get started with your easy Selenium Python tutorial!!!

Legality of Web Scraping with Python?

This is a debatable topic since it entirely depends on the intent of web scraping and the target website from which the data is being scraped. Some websites allow web scraping while several don’t. To see whether a website permits web scraping or not, we have to look at the website’s “robots.txt” file. We can find this file by adding “/robots.txt” at the end of the URL that you want to scrape.

For example, if we want to scrape the LambdaTest website, we have to see the “robots.txt” file, which is at the URL https://www.lambdatest.com/robots.txt

Note: To further ease down the process of writing small tests, Python offers various tools and frameworks. Whether you are a Python beginner or an experienced programmer, pytest helps you write the tests you need and have them run in a reliable manner. For a quick overview on getting started with pytest, check out the video below from LambdaTest YouTube Channel.

Static and Dynamic Web Scraping with Python and Selenium

The static web page content or HTML documents are downloaded locally, and data can be scraped using relevant scripts. On the other hand, dynamic web page content (or data) is generated uniquely for every request after the initial page load request. For that case, we need to perform the following several actions using the manual approach:

For this purpose, we need to automate websites, the same can be achieved using Selenium WebDriver.

Here are the prerequisites for realizing web scraping with Python and Selenium:

Read – What is Selenium & how to get started?

Importing modules for web scraping with Python and Selenium

Now that we have imported all modules let’s get our hands dirty with web scraping with Python and Selenium.

Locating elements for web scraping with Python and selenium

We would scrap the Blog Titles from the LambdaTest Blog Page. For this, we search for a particular topic and enter the required topic in the search bar.

The following Selenium Locators can be used for locating WebElements on the web page under test:

Here is an example of the usage of Selenium web locators to locate the search box on the page:

In this case, we would use the XPath method driver.find_element(By.XPATH) to locate the search box on the page.

As we have got the content, we can parse it using lxml and beautifulsoup.

After parsing HTML source using lxml’s html.parser, we will find all h2 tags with class “blog-titel” and anchor tags inside them as these anchor tags contain the blog titles.

Putting it all together

Let’s combine the code to get the output.

Here is the execution output:

Selenium is often essential to extract data from websites using lots of JavaScript as it’s an excellent tool to automate nearly anything on the web.

Here is the execution snapshot of our Python web automation tests on the LambdaTest Automation Dashboard:

In this blog on web scraping with Python and Selenium, we deep-dived into web scraping as a technique that is extensively used by software developers for automating the extraction of data from websites. The purpose of web scraping is to allow companies and enterprises to manage information efficiently. There are a number of applications, such as VisualScrapper, HTMLAgilityPack, etc., that allow users to scrape data from static web pages. On the other hand, Selenium is the most preferred tool for dynamic web page scraping.

Test automation supports a variety of browsers and operating systems. LambdaTest offers a cloud-based Selenium Grid that makes it easy to perform cross browser testing at scale across different browsers, platforms, and resolutions. 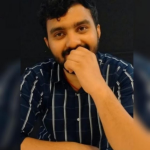