If you focus on continuous delivery or continuous deployment, you might have come across tools like Jenkins and GoCD. Jenkins is a potent tool that allows you to use plugins available from its vast store. However, the ride to get started with Jenkins is tough, whereas GoCD has an effortless learning curve for beginners and experienced folks. But which one to choose for your project?

We know this question can perplex you while choosing the right CD tool for your DevOps testing project. That is why we have brought you this comprehensive guide on Jenkins vs GoCD to help you choose the most appropriate CD tool for your project’s test automation.

Jenkins Vs GoCD: A High-Level Comparison 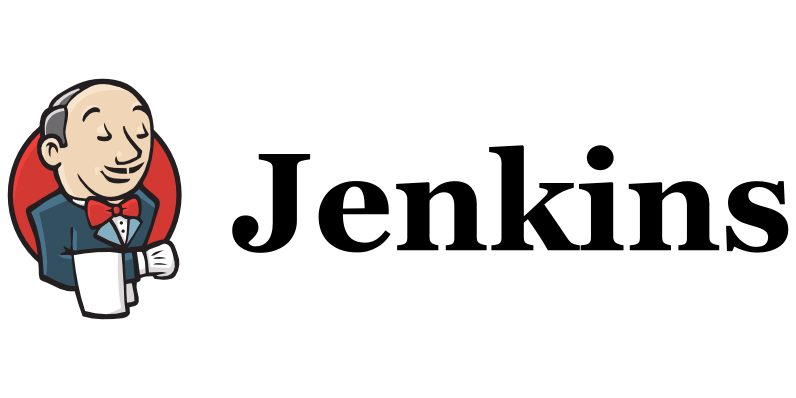 With over 17.4K GitHub stars and 6.8k forks on GitHub, Jenkins is the most popular open-source automation server written in Java. It supports a plethora of plugins, over 1500, across different software categories. This has made Jenkins the go-to choice for the automation process of CI/CD in the software development process of over 2000 companies, like Facebook, Netflix, and Instacart.

But with the vast amount of plugins, Jenkins also has a huge learning curve to start with, which is why developers and companies are still on the lookout for the best CI/CD tool.

To help you out, here are a few Pros of Jenkinsconsiderable that would help you get an overview on the reasons to assess Jenkins.

Jenkins was developed as continuous integration (CI) tool initially for DevOps testing. So to work with anything other than CI, like CD, a plugin is required. And even though it is enriched with several plugins, a piece of in-depth knowledge is needed to make sure the correct plugin can be installed. Thus, developers and companies are looking out for other CI/CD tools to replace Jenkins, such as GoCD. 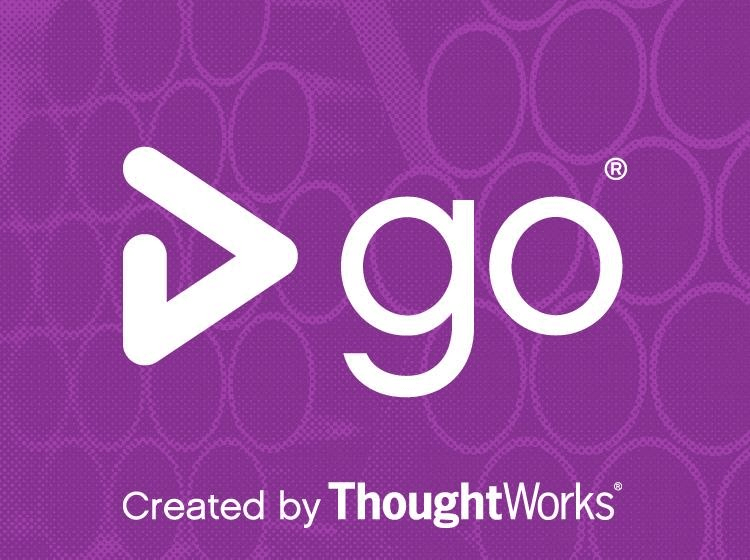 If you are looking for continuous delivery or continuous deployment in the software cycle, GoCD can be a good Jenkins alternative. It is used to automate the entire phase of build-test-release, from code check-in to deployment. Being an open-source tool with over 6.1K GitHub stars and 884 GitHub forks, GoCD is used in 40+ companies, including Thoughtworks, Hazeorid, and OpenX.

There are certain advantages of GoCD that make it a prominent Jenkins alternative for continuous delivery/deployment, such as:

Even though GoCD is easy to use and can be easily set up for the CD pipeline, its deficiency in the field of CI makes it a challenge for the companies and developers to opt GoCD alternatives such as Jenkins.

Below table is a quick guide to what features you can look for and are supported by GoCD and Jenkins.

Jenkins Vs GoCD: Which One To Choose And Why

Both Jenkins and GoCD have their own pros and cons, but which one to choose is still a dilemma for many. So let’s do a head-on comparison of Jenkins vs GoCD, and help you choose the right CI/CD tool without a blink.

With the aim to support the common scenarios of continuous delivery/deployment without use of any plugin, GoCD is one the best CD tools to look out for. The credit goes to the GoCD’s model which maps to all the core concepts of CD pipelines.

On the other hand Jenkins is a general all-purpose CI/CD tool. Whether it is CI or CD, you can definitely depend upon Jenkins due to the availability of 1000+ plugins.

Jenkins vs GoCD: Which one to choose based on Philosophy?

With a wide range of applications and maximum flexibility, Jenkins definitely has the edge over GoCD. But if you are looking for a single-purposed, focused tool, you can use GoCD.

Since Jenkins was developed with the initial goal of serving the purpose of CI, CD is still a challenge with Jenkins. The only practical way of using CD over Jenkins is with the help of some plugin. With the introduction of Jenkins 2.0, Jenkins has made a lot of improvement, but still, it is not clear if CD fits in this.

Jenkins vs GoCD: Which one to choose based on Continuous Delivery?

With the single point focus over CD, and with wide CD community support, GoCD is definitely the right choice if you are looking for only a CD tool. But since CI and CD are usually intermingled in the software development cycle, and since there is a huge demand for an all-purpose CI/CD tool, Jenkins will serve you well.

GoCD has a getting started tutorial which is pretty easy to follow. Due to this GoCD has a very smooth learning curve that can easily pick up beginners as well as experienced.

Jenkins has improved the getting started experience by a lot from the release of Jenkins 2.0, but still installing the right mix of plugins can be a challenge based on the use case. Also, it’s not sure with Jenkins that a single plugin will solve all the purpose. You might need to switch between plugins depending on the scenario.

Jenkins vs GoCD: Which one to choose based on Getting Started?

Both Jenkins and GoCD can be challenging if you want to dive right in. GoCD’s model can be difficult to work with if switching from a pure CI tool. But GoCD has a better getting started curve than Jenkins. Jenkins has hurdles around configuring required tools, unintuitive SCM configuration, and installing additional plugins. Although once you get hold of the plugins in Jenkins, it’s pretty easy to work with and can accomplish more use cases than GoCD.

GoCD aims to make implementing CD easy, and to do so it has few extension points like SCM, task, notifications, authentication, authorization, configuration, and elastic agents. But they are not focused on providing the pool of plugins as with the case with Jenkins, which makes GoCD less flexible.

Jenkins, on the other hand, has a wide pool of plugins available to make it infinitely configurable, flexible and extendable. It would be not incorrect to say that the high popularity of Jenkins is gained from its availability of plugins. But, plugins are the same reason which makes Jenkins hard to use as well. The getting started and support for each plugin is different and this can be a challenge to the users.

Jenkins vs GoCD: Which one to choose based on Plugins?

If you are looking for just a CD tool, and nothing else, with no scope of flexibility whatsoever, GoCD is the right choice for you, as it clearly has no intention of supporting a pool of plugins. But if you are looking for a much more flexible CI/CD tool, which is configurable, you should opt for Jenkins, if it matches your needs and uses case.

To summarize, the below table charts the primary comparisons between GoCD & Jenkins based on various parameters.

Jenkins vs GoCD: Which CI/CD Tool Should You Prefer?

Both Jenkins and GoCD have their own pros and cons but your final choice between the two CI/CD tools depends upon the project requirements and specification. With their advantages and disadvantages, both the tools aim to accomplish the same goal: automating processes for CI/CD (Continuous Integration & Continuous Delivery/Deployment).

Jenkins is for CI and CD whereas GoCD is for CD only. So apart from the comparison of features among the two, you should also focus on the in-house requirements to choose the most appropriate tool for DevOps testing.

Fun Fact: From a DevOps testing perspective, it doesn’t matter whether you choose Jenkins or GoCD, as LambdaTest offers integrations with Jenkins, GoCD, as well as other CI/CD tools via its cloud based Selenium Grid. The best part is, you can test and validate your new builds in the pipeline on over 2000+ real browsers, browser versions, and operating systems and expedite your Selenium automation testing once you have chosen the best DevOps testing tool. 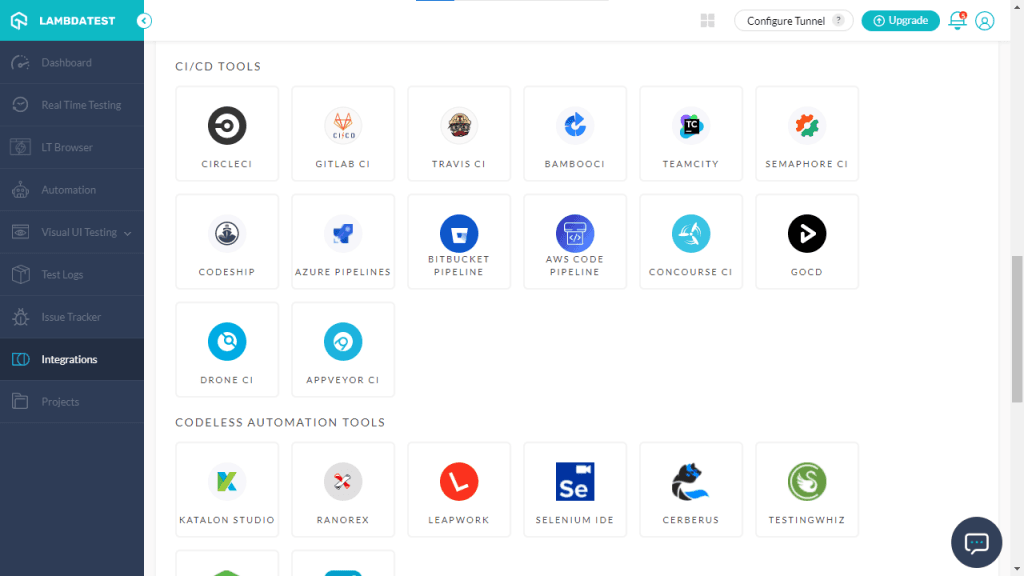 You can also check out the rest of the LambdaTest CI/CD integrations. 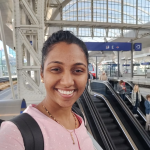 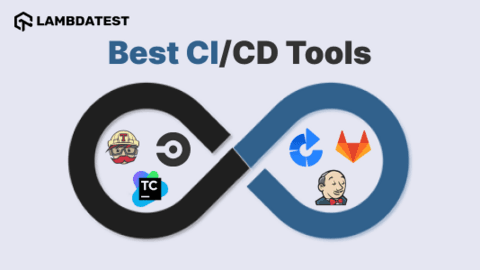 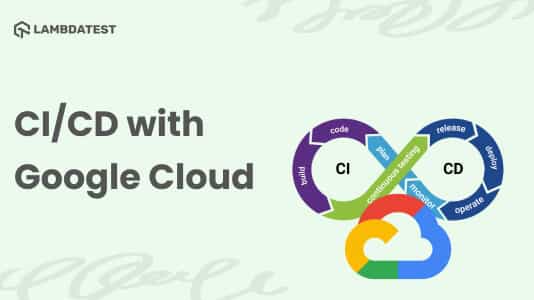 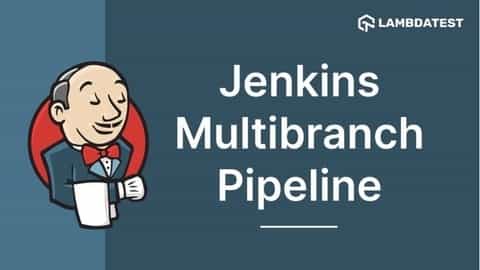 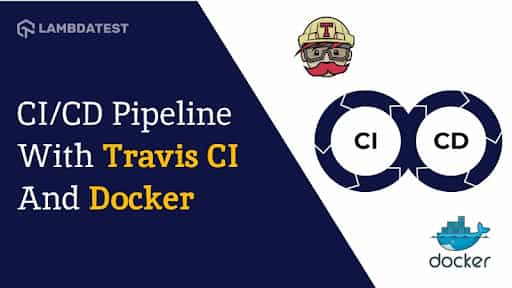